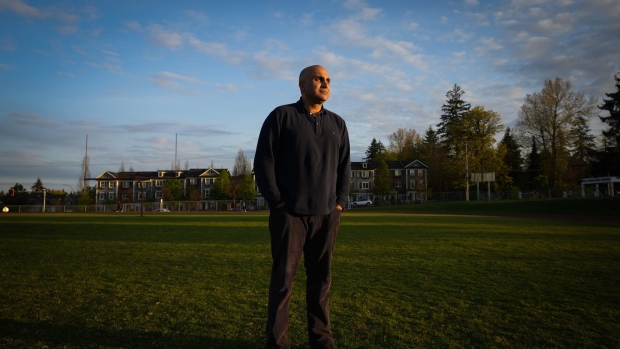 Asking for help may be the most daunting part of dealing with a mental health issue, but paying for that help is often not much easier.

While there are numerous public health-care options, a lack of funding and a system focused on the most acute cases means many confront long wait times, eligibility barriers and limited therapy sessions that leave them feeling lost.

“It takes a lot of courage to reach out, and it frustrates me to no end that when they do reach out, we basically, you know, we turn them away,” Gary Thandi, founder of the not-for-profit Moving Forward Family Services, said of the public system's limits.

Moving Forward, which offers pay-what-you-can sessions with counsellor students working through their practicum, is one of the numerous alternatives in Canada for people stuck between the high costs of private treatment and the constraints of public care.

“These students are excellent, and with the right support they are able to see some of these clients who otherwise would sit on long wait lists,” said Thandi.

There were already many people who weren’t finding the treatment they needed before the COVID-19 pandemic struck and significantly ramped up demand. Data from Statistics Canada found about 2.3 million people, or 44 per cent of those who needed some mental health care in 2018, reported that their needs were unmet or only partially met, with the need for counselling most likely to be fully unmet.

More recently, a survey commissioned in late 2020 by two psychologist associations found that 78 per cent of Canadians said that cost was a very significant or somewhat significant barrier to accessing care.

Kate Scowen founded Hard Feelings in 2017 to help reduce the cost barrier, offering people in need discounted sessions of between $60 and $80 an hour for professional counsellors. Those fees represent a significant discount from going rates that can top $200 an hour.

Because demand is so high, Toronto-based Hard Feelings caps its counselling at 12 sessions, which Scowen said can sometimes be enough to address patient need or serve as a bridge while they wait for other options.

“It was really about just creating a space where people could get the support they needed in a fairly timely way,” said Scowen.

She said it’s worth asking any therapist if they have a sliding pay scale, though such an option can be tough to find with demand so high.

“Most folks who are doing this work are in it because they have a mind to help and want to support people, so they will offer some low cost.

Group therapy, which comes in many forms, is another potential avenue that could also come with cost savings, and while not for everyone, it can confer its own benefits.

“There can be real movement and connection that happens in a group that can be quite important,” said Scowen.

Canadian Mental Health Association centres also offer a wide range of free services that vary by community. The centres have, however, also seen a huge increase in demand, such as a 300- per-cent spike in people under 24 looking for early psychosis intervention, said Sarah Kennell, the association's director of public policy.

She said more government funding is needed and mental health should be made an integral part of the universal health care system, rather than relying on individuals to navigate it alone.

“As much as I want to say individuals can save money on their mental health by doing X, Y and Z, it's really about a broken system," she said. "That's not the individual’s fault at all.”

The federal government has somewhat ramped up mental health commitments and programs during the pandemic, including the launch of Wellness Together Canada that offers numerous free online courses as well as counsellors people can speak with by phone.

Provincial governments have also started offering free online programs like MindBeacon and AbilitiCBT, which are often focused on cognitive behavioral therapy, while CMHA offers its own program called BounceBack that’s free nationally thanks to private funding.

For those who are paying out of pocket for private therapy it's important to check employment benefits, especially as some companies have boosted coverage during the pandemic. It's also possible to use employment insurance and benefits coverage to take disability leave. There's also the possibility of getting a small break by filing therapy sessions under the medical expense tax credit.

Ultimately, therapy is a big commitment, both emotionally and financially, but the range of options are increasing, said Scowen.

"Just keep trying. I know for a lot of folks it feels discouraging right now out there in terms of how to find someone and connect with the counselor. You've just got to start somewhere."