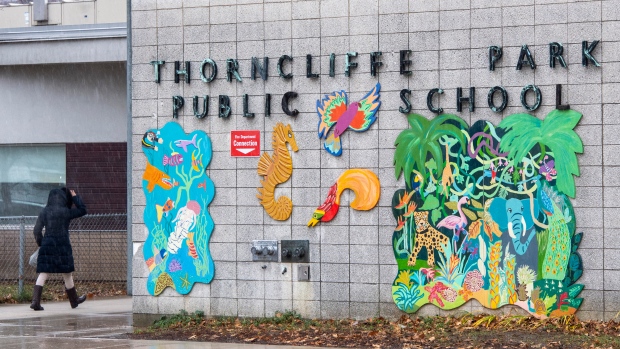 NDP MPPs are calling on the Ford government to conduct widespread COVID-19 testing at all schools in the province’s hardest hit neighbourhoods after asymptomatic testing at an East York elementary school unearthed 19 previously undetected infections.

Members of the official opposition are urging the provincial government to immediately deploy resources to facilitate voluntary testing centres inside schools in Ontario neighbourhoods with high COVID-19 positivity rates.

“Doug Ford is trying to save a buck by underserving the hardest hit areas,” NDP Deputy Leader and Brampton Centre MPP Sara Singh said in a news release issued Monday.

“He has been refusing to send extra help to hot spots, because he wants to do things on the cheap. That’s resulting in longer, deeper lockdowns and more devastating illness. We need help to end this nightmare, and stop the virus from hurting our loved ones.”

On Sunday, it was revealed that asymptomatic testing at one Thorncliffe Park elementary school resulted in 18 students and one staff member testing positive for the disease caused by the novel coronavirus.

In a letter sent to parents yesterday, the principal of Thorncliffe Park Public School said Toronto Public Health detected the cases after 433 tests were processed on Thursday and Friday.

Thorncliffe Park is one of the neighbourhoods in the GTA that has been hardest hit by the pandemic.

Speaking at a news conference on Monday afternoon, Education Minister Stephen Lecce said that the data indicate that community transmission in Thorncliffe Park is substantially worse than the transmission happening within the school.

“There is a four time increase of transmission happening in the community notwithstanding that those schools are right at the heart of those neighbourhoods.”

He said the disparity indicates that there is “something right happening” when it comes to the “layers of prevention” occurring in the public school system.

“The fact that hundreds of students and staff have gotten tested in this school in conjunction with the local public health unit, I think underscores that the plan in place is working hard to mitigate any further spread,” Lecce said.

“This morning, including the data points from Thorncliffe, 99.9 per cent of Ontario students are COVID-free and that continues to underscore the importance of following public health advice and it really I think demonstrates the importance of keeping schools open, which is our plan for 2021.”

Roughly 14 per cent of the province’s 4,828 publicly funded schools have at least one reported case of COVID-19 and at least four schools are currently closed as a result of outbreaks of the disease.

The testing pilot, which is in place for four weeks, was implemented to better track how the virus is spreading in and around schools.

Since late September, Ontario’s assessment centres would not test asymptomatic people unless they were linked to a known case.

The NDP called the funding and four-week testing program a “half-measure.”

“Some students in some regions may be able to get tests. According to the government, the location and method for testing will vary between regions and cities, regions will have to develop their own plan,” the NDP said in a news release last week.

“Ford’s still trying to cheap out on testing students, teachers and staff, and that’s not good enough.”

"Those numbers are obviously concerning. We know that that is one of the neighborhoods in the city of Toronto that has high rates of COVID-19 transmission," she said at a news conference on Monday afternoon.

"That is one of the schools that was chosen for this testing initiative and when we have a lot of COVID-19 in the community, by its nature it spills into the schools."

She said the province is continuing to work with Toronto Public Health to identify measures that will help prevent further spread of the virus in the city's schools.

"We know that children tend to be minimally, if not symptomatic at all, but they appear to be quite good at spreading this," he told CP24 on Monday.

"So we need to be quite aware of whether or not there is any asymptomatic signal within our younger children to prevent that from spreading to others in a multi-generational household or others who are certainly going to be at a higher risk if they acquire COVID-19 and become a lot sicker."

Sharkawy said he hopes the province continues to expand asymptomatic testing in schools.

“There are a lot of asymptomatic people out there who are infected with this virus and unfortunately until we ramp up our testing capacity and ideally target areas that appear to be harder hit, we won't really know the extent of the disease that's out there,” he said.

“I think that this was actually an important finding. I don't think it is one that should create too much alarm amongst people sending their children to school but I hope it is a pilot program that will catch on, especially in other areas that are hard hit.”