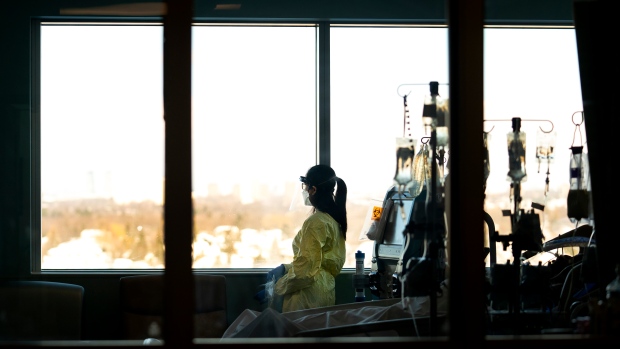 A registered nurse takes a moment to look outside while attending to a ventilated COVID-19 patient in the intensive care unit at the Humber River Hospital during the COVID-19 pandemic in Toronto on Tuesday, January 25, 2022. THE CANADIAN PRESS/Nathan Denette

Almost 70 per cent of registered practical nurses in Ontario say they can’t provide adequate care for patients due to insufficient time and resources, and nearly one in two are considering leaving the profession, a new survey suggests.

The Registered Practical Nurses Association (WeRPN) of Ontario released the results of the survey on Tuesday, revealing the dire state of nursing in the province.

“I believe these findings will shock the public — close to seven in 10 nurses are seeing patients’ health being put at risk because adequate time, resources and staffing levels are simply not available,” Dianne Martin, WeRPN chief executive officer, said in a statement. “Alarmingly, this is now being normalized.”

The survey was a follow-up study to a Dec. 2020 survey that polled RPNs on the state of nursing amid the first year of the COVID-19 pandemic.

In the latest survey, 93 per cent of nurses said their workload increased over the past two-to-three years, and 68 per cent said they don’t have the time or resources to provide adequate care to their patients.

Meanwhile, 66 per cent of nurses said they have had to take on more patients per nurse due to the ongoing nursing shortage, while 87 per cent reported taking on more responsibilities in their role.

“As an RPN, I’m doing more than one role, helping with PSW work, the dining room, reception, on top of RPN duties: I medicate 45 patients in my shift. It’s too much — all of them have many geriatric medications, puffers, narcotics, insulin. On top of that, the treatments, calls and handling emergencies. It’s a lot for just one nurse,” an anonymous nurse wrote in the survey.

Four in five nurses have experienced moral distress in their profession, up by more than 10 per cent from Dec. 2020.

Eighty-eight per cent of RPNs said they have been impacted by the staffing shortages, with many facing “added stresses and increased isolation.”

Specifically, seven in 10 said they have had to work more hours to cover staffing shortages, including 39 per cent who worked unpaid overtime hours at the end of their shifts.

In addition, six in 10 nurses said their mental health has deteriorated because of the stress regarding staffing shortages.

“I feel like we have to constantly rush residents and cut corners to get everything ‘done’ and decide between taking breaks and completing tasks for every shift,” an anonymous nurse wrote.

The survey also revealed that the province has the potential to lose half of its RPN workforce if they don’t address the burnout nurses are experiencing.

Fourty-seven per cent of RPNs surveyed said they are considering leaving nursing, up from 34 per cent in Dec. 2020. 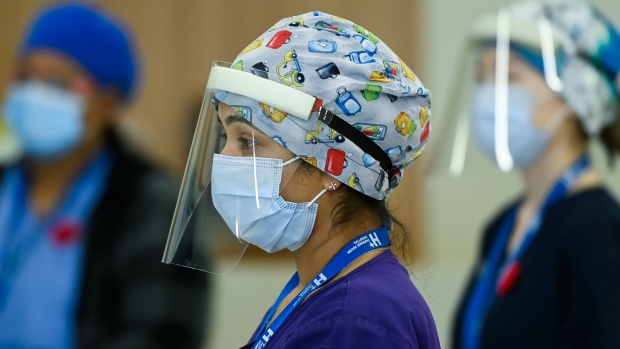 In addition, six in ten of those nurses said they would leave the health-care sector altogether.

The top reasons for leaving the field include inadequate wages, overbearing workload and compensation practices that nurses feel are unfair.

As nurses cope with overwhelming working conditions, morale has dropped significantly from Dec. 2020.

Only 36 per cent of nurses said they feel proud to be a nurse, a whopping decrease from 67 per cent in late 2020.

In addition, 83 per cent of respondents said they feel morale at work has worsened over the past two years.

When asked what could improve their job satisfaction, 94 per cent of nurses said improved wages, 78 per cent said increased staffing levels and 64 per cent said standardized workloads.

Higher wages seem to be the most important goal for the majority of respondents as 91 per cent said they feel they are not fairly compensated for their role, up from 86 per cent in Dec. 2020.

Meanwhile, 75 per cent of nurses said they are experiencing financial stress, up from 57 per cent in Dec. 2020. 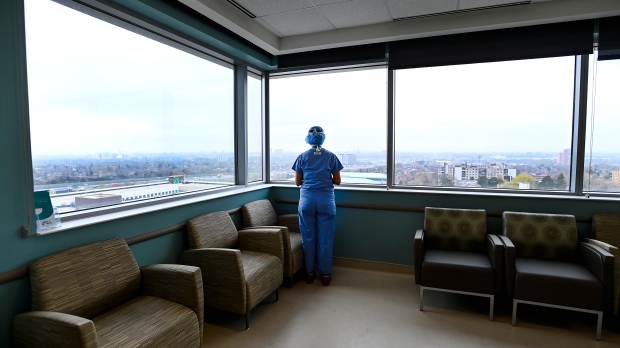 One action is to repeal Bill 124, which currently caps nurses’ wage increases to a maximum of one per cent total compensation for three years. Martin recommends that wages increase by at least 20 per cent to be in line with other nursing groups and reflect the increase in the cost of living.

“While the overarching nursing shortage cannot be immediately relieved in the short-term, such an increase will help immensely in retaining nurses who are contemplating leaving. It will also provide nurses with important recognition to boost morale, which has been hit very hard over the past two years,” Martin wrote in the report.

Martin is also calling on the government to address unsafe workloads, by hiring more full-time RPNs, and to ensure RPN voices are included in policy making.

The alarming results come as ERs and ICUs across the province are severely understaffed amid a seventh wave of the pandemic, with Toronto General Hospital being under a critical care bed alert for the past two weeks.

In a news conference on Wednesday, Premier Doug Ford did not provide any new solutions to address the staffing crisis, but instead reiterated calls for the federal government to provide more financial support.

METHODOLOGY: For comparison purposes only, the sample plan would carry a margin of error of plus or minus four percentage points, 19 times out of 20.