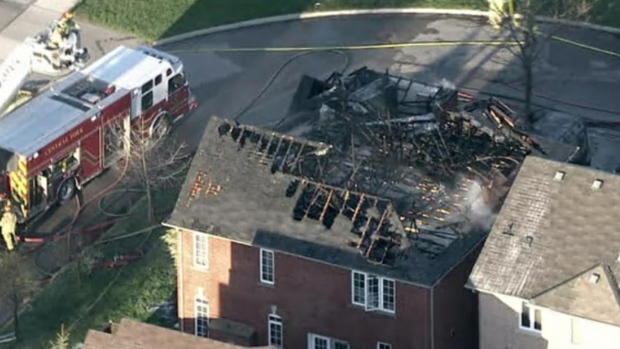 Emergency crews say a quick-thinking neighbour with a ladder was able to rescue two children from a burning home in Newmarket prior to their arrival on Monday morning.

York Regional Police say that after 5 a.m. Monday they were called to 1092 Warby Trail, near Leslie Street for a house fire.

Police said that prior to their arrival, a neighbour hoisted a ladder alongside the home and rescued two children.

A witness who identified himself as John told CTV News Toronto that two adults and two children were huddled on a small second floor balcony at the front of the home when the neighbour brought the ladder to them and let them climb down.

“These people were lucky because I don’t think they could have gotten out from the front (door),” he said.

The good Samaritan then left the scene to go to work.

No one was injured in the blaze.