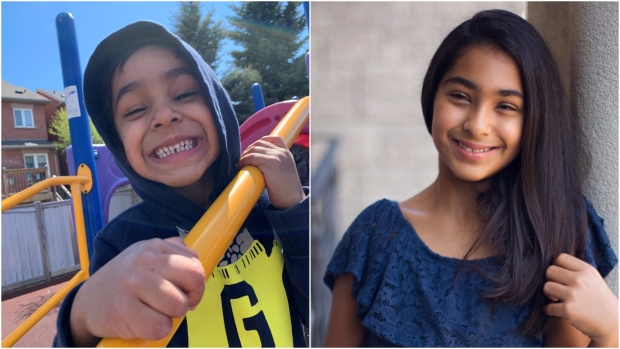 A young brother and sister who were struck and killed while playing at the edge of their driveway last spring are being remembered by their family ahead of the National Day of Remembrance for Road Crash Victims.

Wednesday marks the six-month anniversary of the incident on Athabasca Drive, just off Dufferin Street north of Teston Road, in Vaughan, Ont. That’s where a vehicle lost control and went off the road, striking the two siblings and a neighbour who was fixing one of their bikes at the time.

The siblings were rushed to hospital in critical condition while the neighbour sustained non-life-threatening injuries.

The four-year-old boy, identified by the family as Jax, died in hospital the same day. His sister, 10-year-old Anaya, was pronounced dead a day later.

“Our family is broken, devastated. We want to wake up from this nightmare and we can’t… Everyday we see and hear about careless, dangerous driving all around us…it just doesn’t stop,” the family said in a statement issued to CTV News Toronto on Tuesday.

“Please, please remind yourselves and your kids to be mindful of how you are driving…the decisions you make on the road have real life consequences.”

The 16-year-old driver of the Mercedes was taken into custody at the scene shortly after the crash and originally charged with dangerous driving causing bodily harm. They cannot be identified under the Youth Criminal Justice Act. 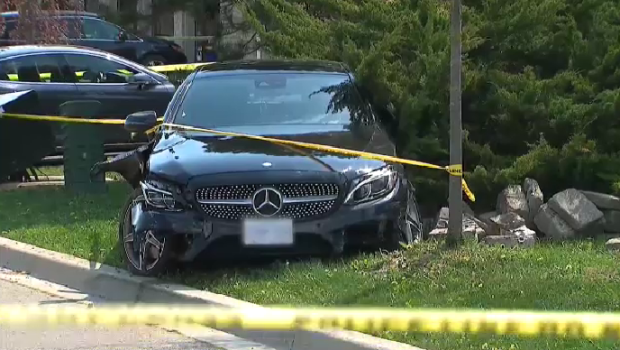 Last appearing in court on June 17, they are subject to a number of bail conditions, including remaining with their parents at all times, not operating a vehicle or being in possession of car keys, and are not permitted to visit Athabasca drive.

In the meantime, the family is marking the Canadian National Day of Remembrance for Road Crash Victims, which falls on the third Wednesday of November, by remembering their children who were taken from them too soon.

“Our sweet angels…Mummy, Papi and your sister will love you forever…your beautiful smiles will live in our hearts, never forgotten.” 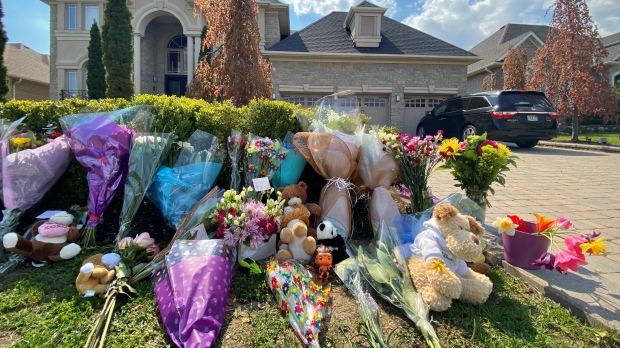