It took six years longer than expected and nearly $200 million more than the initial budget called for but the renovation of Union Station is now finally complete.

Mayor John Tory made the announcement on Tuesday morning as he stood inside the revitalized Bay Street concourse as it reopened to commuters for the first time since 2015.

The new concourse was initially supposed to be completed within two years when it first closed following the completion of the York concourse but a number of unforeseen issues resulted in the timeline being repeatedly pushed back.

“Today I'm not going to get into a long history of the project, much of the history and the frustrations predated my time as mayor. But the bottom line is that Union Station is now ready to more completely welcome people back to downtown Toronto just as we reopen the city in the wake of the pandemic and try to move ahead with getting the city back to where it needs to be economically and in every other respect and this, this was no easy task.” Tory said. “Throughout this revitalization the most remarkable thing is that Union Station has remained open to provide both train passengers, GO train passengers and TTC customers with the continued availability of service. It is kind of like renovating a historical heritage house and living in the house during the entire renovation. You think well ‘Are there going to be days when the plumbing is shut off and we can’t have a shower?’ Well we couldn't afford to have a situation where there was just days where GO train service was shut down or VIA trains couldn't come in and out of here or where the TTC couldn't operate.” 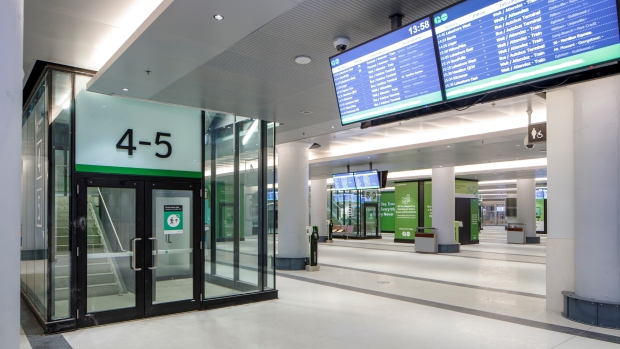 The renovation of Union Station began back in 2010 and was initially supposed to be completed by 2015 but the project was plagued by numerous issues, including several disputes with contractors and further delays resulting from the onset of the COVID-19 pandemic.

Tory said that there were also countless unforeseen issues related to the age of the building which first opened in 1927.

He said that at one point contractors even discovered a conduit filled with cables with no idea as to what purpose they served. He said there only option was “to cut the cables” and hope for the best.

Against this complex backdrop costs inevitably rose, pushing the final price tag from $640 million to $824 million.

Tory, however, insisted on Tuesday that they final product will end up being a “good investment” for Toronto taxpayers, who footed $465 million of the bill with the federal and provincial governments covering the rest.

The city says that the renovations effectively tripled the amount of concourse space for GO Transit commuters while adding 160,000 square feet of new retail space, a new food court in the York concourse and a revitalized VIA rail concourse and lounge. 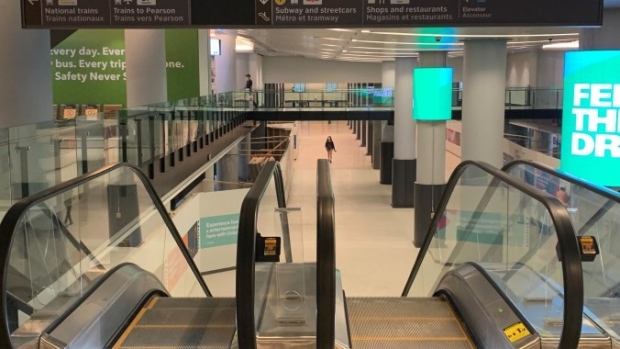 “There is no better time to have this actually happen. We might have wanted to have it happen sooner for a bunch of reasons but there's no better time than to have it happen as the city is reopening itself and beginning what I know is going to be a robust recovery from the effects of the pandemic,” Tory said. “This hub in all of its incarnations is going to help us improve our economic competitiveness, it is going to help increase economic activity and it is going to help us meet our climate change goals by making it more inviting for people to use public transportation and these are all mutually beneficial goals for all the people of the GTHA and in particular the City of Toronto.”

Officials say that some minor cosmetic work will continue at Union Station until the end of this month, at which construction will be officially complete.

They say that the main lease holder at Union Station will open the remaining retail spaces “on a rolling basis throughout 2022,” including a new market and a TD Bank branch. 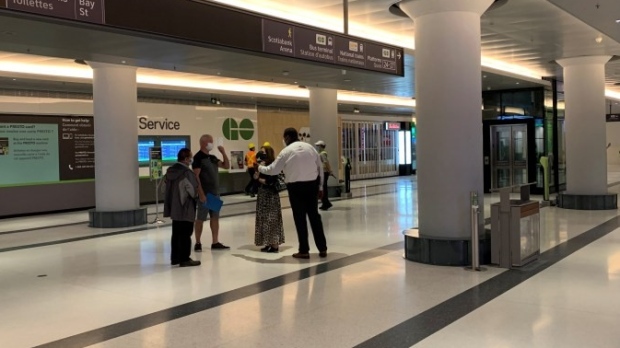