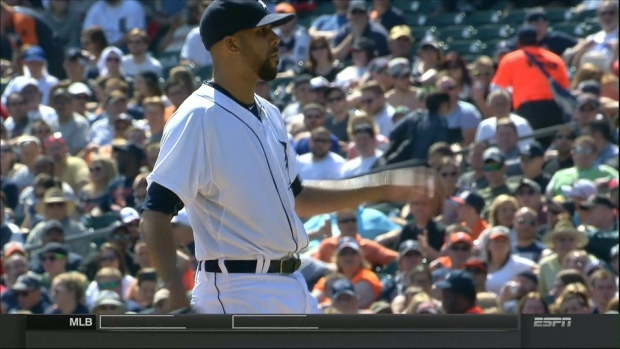 TORONTO -- David Price's time with the Toronto Blue Jays is off to a bumpy start.

Price posted on Twitter that his tire blew out on his drive from Detroit to Toronto.

Less than an hour later, Price tweeted: "No one has tires to fit the back of my car so my presence in the 6 is gonna be delayed another couple hours...unreal!"

The 29-year-old who has expressed a love for Rogers Centre popcorn was set to be introduced by the Blue Jays in the afternoon, but the team later confirmed that the press conference has been postponed.

The Blue Jays acquired Price from the Tigers in a trade that included top pitching prospect Daniel Norris and two others going to Detroit.

Price, assuming he makes it to town with a fresh tire, could start Sunday or Monday.

He has a 7-0 record in nine major-league starts at Rogers Centre.

Maybe it's the popcorn.

"All I'm asking for from @bluejays is to have the BIGGEST trashbag of popcorn waiting for me at my locker!" Price tweeted after the trade. "Best popcorn EVER."