New faces at city hall: A look at what they plan to bring to the table 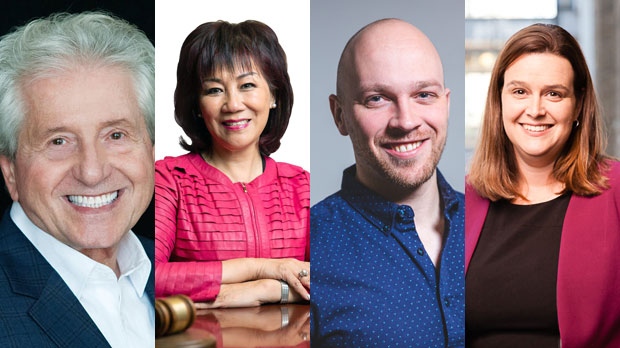 Mike Colle (from left to right), Cynthia Lai, Brad Bradford, and Jennifer McKelvie are seen in this composite image.

While there will be a lot of familiar faces returning to Toronto City Hall when council resumes in December, a number of new faces will also be present and they say they are bringing some fresh ideas to the table.

Brad Bradford, Mike Colle, Cynthia Lai, and Jennifer McKelvie all spoke with CP24 following their big wins to discuss their plans for key issues in their respective wards.

The four of them will help make up the new 25-ward council under Mayor John Tory.

Here’s a look at what each of the newly-elected city councillors plan to bring forward for their constituents: 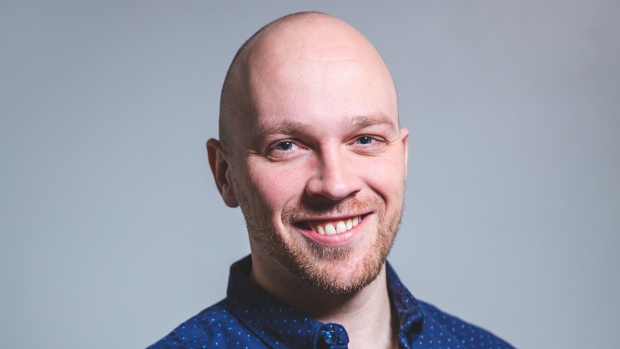 Facing no incumbents, and armed with one of a few endorsements from Tory, Bradford was able to pull out a win in Ward 19 Beaches East-York on Monday night.

The former city planner, who has worked alongside Tory before, said being at city hall every day made him realize it was time for change.

“I am a professional urban planner. I’ve worked in the private sector, non-profit and most recently at city hall in city planning,” Bradford said. “For me, being down there every day, that was part of the frustration because as a public servant you’re trying to build a better Toronto but these decisions come up again and the politics of the issue and it came to a point for me that I’m going to stop complaining about that.”

“I’m going to put my hand up and try to make it better.”

Bradford said road safety and supporting local businesses in his riding are top issues for him as he heads to city hall.

“I went to 50,000 doors this summer and from top to bottom we have a lot of young families in our neighbourhoods and seniors and the traffic, the way it moves through some of our neighbourhoods, can be quite fast and quite dangerous so we have to have better road design, we have to have better enforcement. There are things we can do to make our streets safer and I’m committed to that.”

With the new 25-ward system, Bradford said he expects the workload will be hefty but residents will still expect their councillor to be “responsive, accountable and representative.”

“I think the mayor was definitely interested in this new 25-ward environment – in having a collegial group of councillors who are interested in actually working together,” he said. “That doesn’t mean we are going to agree on everything. I’m there to represent the residents of Beaches-East York in Ward 19 and we may have different views on different issues but I think it’s important that you take the meetings with everybody, you hear all sides and you try to make the best decision for community and Toronto and that’s what my commitment is.”

“Going from 55,000 residents to 110,000 residents is dramatic but I don’t think residents are going to be very interested in hearing you say ‘it’s a lot harder now so sorry.’” 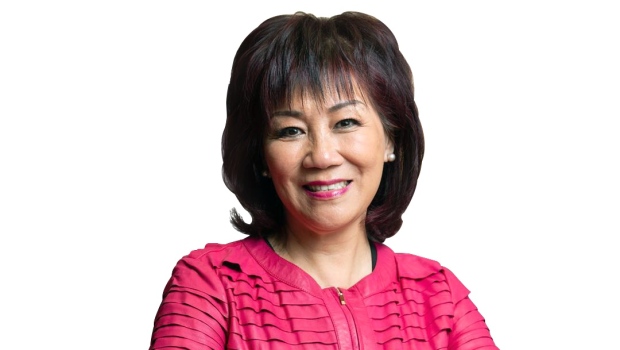 In one of two ridings with no incumbent running, political newcomer Lai was able to take home a win in Ward 25 Scarborough North on Monday night.

With a background in real estate and a strong community involvement, Lai said she was encouraged to run by community members.

Lai said she has three platform planks she plans to focus on once council resumes; community safety, caring for seniors and the Sheppard subway extension.

“I think a lot of the root problem is because of gangs and we need to do something with the teenagers and the youth so that they will be away from the gangs lifestyle; maybe more recreation activities for them and education and the other thing is that we can work with the police service and I will act as a bridge with my community so we can work with police to make our community safe,” she said on community safety.

When it comes to transit, Lai said she aims to advocate for seniors to use it for free.

“I think Scarborough deserves better,” Lai said. “Too much time we spend talk and talk but no action and I hope I can be the champion of the Sheppard subway extension.”

Lai also said she plans to work with the PC MPP for Scarborough-Rouge River, Raymond Cho, to pull in resources for seniors.

“We need to improve their quality of life. They are getting old and we need to make sure they have enough funding and programs.” 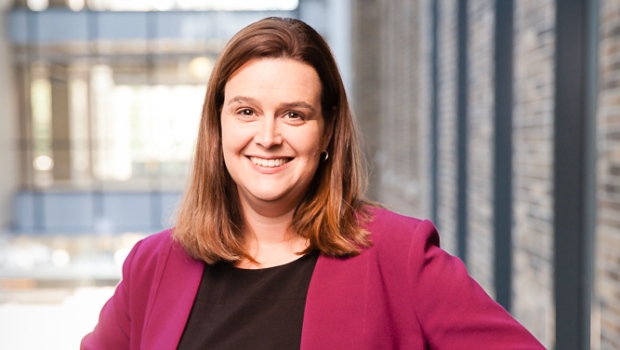 Ward 25 Scarborough-Rouge Park will now be under the leadership of McKelvie, after she defeated incumbent Neethan Shan.

The environmental scientist and former president of the Scarborough Community Renewal Organization said she looks forward to her start at city hall and working with Mayor Tory.

“There are priorities for changing governance, from changing from 47 to 25 wards, we can’t possibly sit on as many committees so we need to look at how we are structuring those and see how we can bring in more citizens that have diverse cultural and professional backgrounds,” she said.

McKelvie said her main priority for her ward is public transit.

“In my ward in particular, transit is extremely important and so I’m really excited that our provincial government also finds transit to be very high on their agenda and so I’m hopeful that we’ll see the funding come forward that we need for the Scarborough extension and for the Eglinton East LRT extension that would go up in Scarborough campus and into Malvern,” McKelvie said. 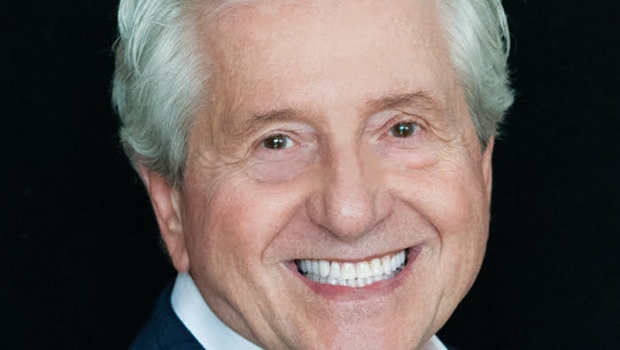 Mike Colle said his son, who had been the councillor for the previous Ward 15 since 2010, is already giving him some advice on getting back into municipal politics.

“I was telling him (Josh Colle) and others that we made history – this is the first time that a father or a mother has succeeded a son or daughter, it’s the first time in Canadian politics,” Mike Colle said.

“I’m the father following my son’s footsteps and trying to fill his shoes.”

Working with the province to help improve his riding, which he calls “the heart of the city,” is Mike Colle’s main point of focus as he enters city hall.

“Many of the issues are complimentary, like transit, the province is a direct partner with the city on whether you’re building the Eglinton Crosstown, whether you’re providing funding for programs so we’re partners there already so you have an insight into those programs already so there’s nothing really new, it’s just from the city’s perspective instead of provincial,” he said.