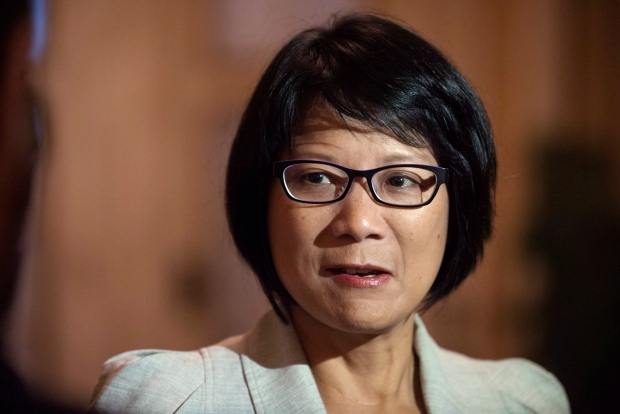 Olivia Chow has widened her lead in the race for mayor, according to a new poll from Forum Research.

The telephone poll of 1,271 residents gave Chow the support of 36 per cent of respondents compared to 28 per cent for Rob Ford, 22 per cent for John Tory, five per cent for Karen Stintz and two per cent for David Soknacki. Seven per cent were undecided.

The poll was conducted on Thursday after Chow held her official campaign launch and is the first to be held with Chow officially in the race.

“By actually entering the race after standing on the sidelines for so long, Olivia Chow appears to have stolen the wind from John Tory's sails and left both he and Rob Ford in her wake," Forum Research President Dr. Lorne Bozinoff said in a press release.

The poll is considered accurate to within three percentage points, 19 times out of 20.