Newmarket family kicked off plane after daughter threw up before takeoff

An Ontario family who said they were kicked off a plane because one of their daughters threw up before takeoff is furious with the airline who then demanded they pay thousands of dollars to rebook their trip.

Newmarket father Patrick Gerard, his wife Ashli Gerard and their three-year-old twin daughters had booked a trip to British Columbia to visit family and friends over Christmas and New Year's. They were supposed to fly with Swoop Airlines from John C. Munro Hamilton International Airport to Abbotsford on Dec. 22 at 7 a.m.

The family-of-four spent the night in a Hamilton hotel before their flight and drove to the airport early in the morning. 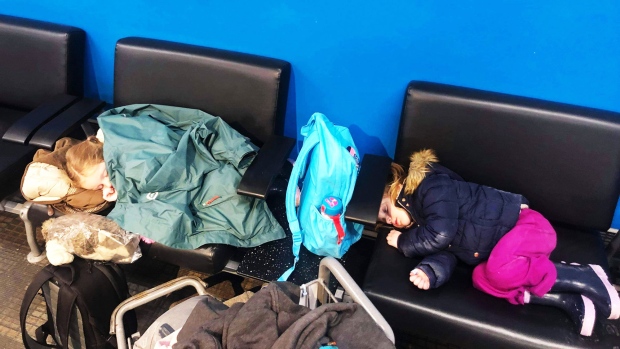 "We got to the airport and everything was normal. As soon as we got on the plane, one of my twin daughters threw up," Gerard told CTV News Toronto. "A flight attendant saw it, came over and said ‘Don’t worry about it’ and he helped us clean up."

"She was fine again, smiling, laughing – it was the twins first time flying. Then another flight attendant came up and told us the flight was being held because of us."

Gerard said he was told the flight attendants were deciding whether it was safe for his daughter to fly. 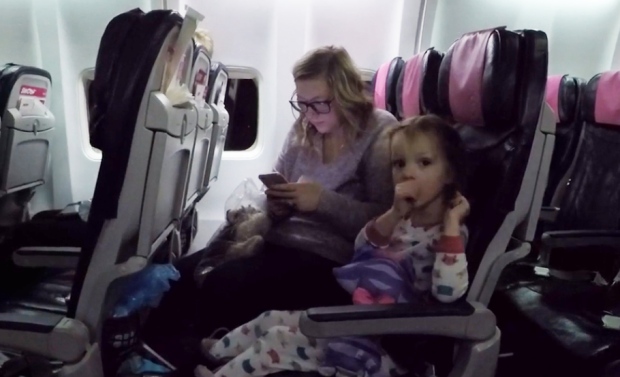 "The flight attendant talked to the pilot and then came back and said 'I'm sorry but all four of you have to get off the plane.'"

"I didn’t want to be one of those people who put up a fight on a plane, so we agreed. They escorted us to the door of the plane. The girls were freaking out. It’s dark, cold and the engines are incredibly loud."

Gerard said when they got off the plane a baggage handler told him to follow the white line on the pavement back into the terminal.

"We were left to figure it out on our own," Gerard said. "The ticket agent had no clue what to do next. They gave us a phone number to call because they couldn't rebook us at the gate." 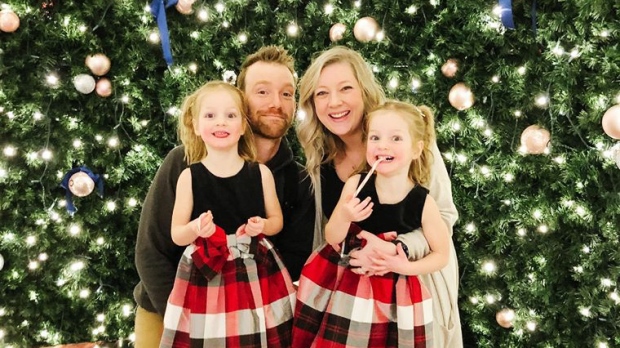 Gerard said the phone number they were given was an Alberta number and because it was so early the office was not yet open. They were left waiting in the terminal until the phone lines opened a couple hours later.

"They said they would refund my one daughter who was sick and my wife one-way. They said me and my other daughter didn’t have to get off the plane."

Gerard said after he argued with staff, they agreed to fully refund all four tickets but only if they rebooked for the next morning and paid the fare difference – which came out to $2,500.

"That's a lot of money for us. Part of me just wanted get there but the practical side knew we couldn’t afford this. So we said no."

But when Gerard told the airline they couldn’t afford to rebook, he said the agent told them they could now only refund his daughter’s one-way ticket.

"How did it go from two people, to all four, and now to one? We put up a stink. My daughter is a minor, legally she can’t get off the plane by herself."

After another hour of arguing over the phone, Gerard said the airline agreed to refund two tickets but only one-way.

"We were pretty bummed coming home,” Gerard said. “Our whole Christmas was screwed. We are still supposed to be out there."

After returning home, Gerard and his wife took their frustration online and posted a video to Facebook detailing their experience. 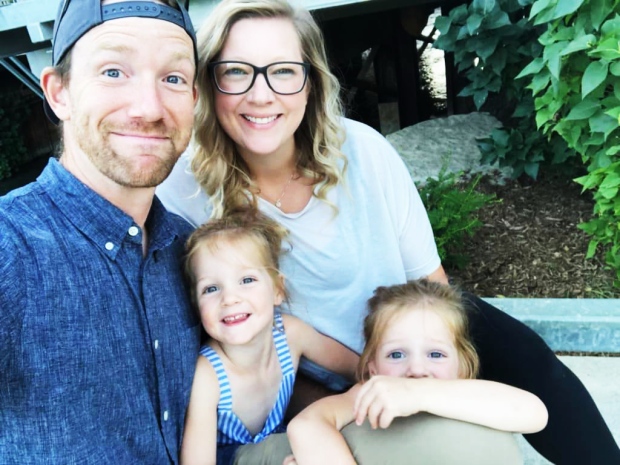 On Christmas Eve, the airline contacted them and said they would refund two round trip tickets and two one-way tickets.

Exhausted by the ordeal, they agreed but are still angry to be out nearly $1,000 in costs for the other two tickets and baggage fees.

"My daughter was completely fine, I think she was just nervous. She is three years old. She was excited and nervous about flying." 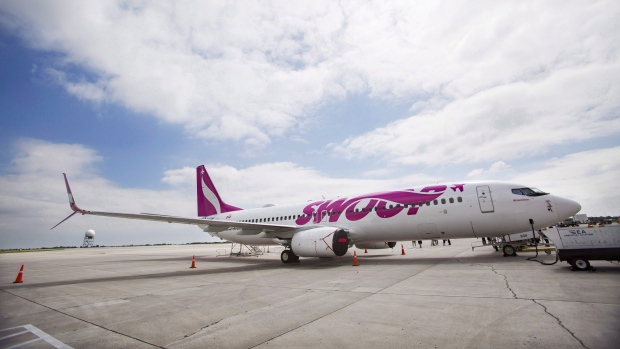 "It's not so much the money, even if they have a right to take us off the flight, the handling of the situation afterwards was poor. The experience was awful," Gerard said.

Gerard said the family missed out on visiting relatives and friends but is hoping to book a trip out west during March break.

In a brief statement to CTV News Toronto, Swoop Airlines said they had contacted the family to address their concerns.

Airline passengers advocate Dr. Gabor Lukacs said he believes Swoop Airlines didn't have the right to remove the Gerard family from the airplane.

"What happened is wrong in several ways. It is wrong because I don’t think the removal of the passengers was justified," Lukacs told CTV News Toronto on Thursday.

"Just because a three-year-old throws up doesn't mean they are seriously ill. There is no rule if you throw up you are off the flight. So I think Swoop is on shaky ground here."

"It is wrong also because if they chose to remove the passengers for medical issues, Swoop was required by their own contract to refund the entire airfare to the passengers." 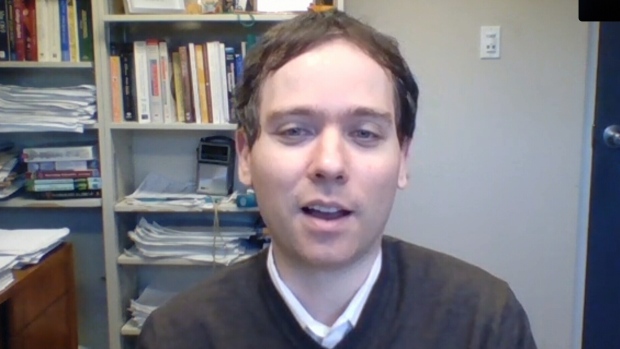 "That's the bare minimum they should have done."

"I would get Swoop to come and defend the case. They would have to explain why they did it and ultimately why on earth they aren’t paying back the money," he said.

"We all understand you don’t want to take a sick child on board but that doesn’t mean the airline can boot them off."

"It was basically a knee-jerk reaction to deal with things."