No injuries after two-alarm fire at Etobicoke townhouse 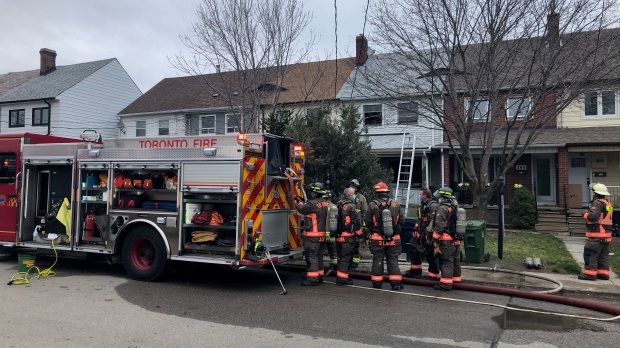 No injuries were reported after firefighters put out a two-alarm blaze at a townhome in Etobicoke Friday.

The fire broke out shortly before 11:30 a.m. a townhome on Sixth Street in the area of Islington Avenue and Birmingham Street.

Crews arrived to find heavy smoke and flames at the front door and a very heavy fire load in the property, Toronto Fire told CP24.com.

Firefighters had to tear down a good part of the ceiling to make sure the fire was out.

The fire did not extend to the homes on either side though, Toronto Fire said.

All of the occupants were out of the home when crews arrived and no injuries have been reported.

The owner was not home when crews arrived.

The home will not be habitable for at least the next 24 hours.

It’s still too early to speculate about a possible cause, Toronto Fire said. Investigators with TFS will be probing the fire.