No injuries reported after fire at building in Scarborough plaza 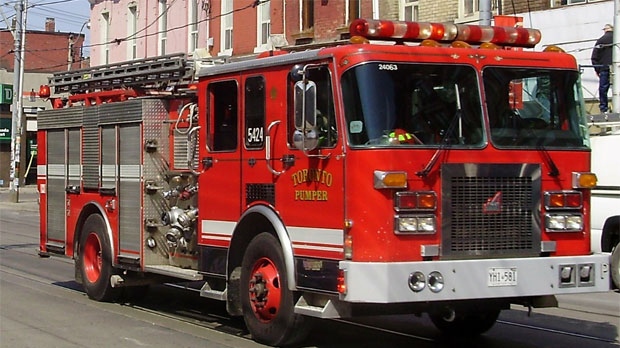 No injuries were reported after a fire broke out at a building in a Scarborough plaza this morning.

Crews were called to Bamburgh Circle, near Warden and Steeles avenues, shortly before 7:30 a.m. for a reported fire.

When firefighters arrived on scene, smoke and flames were spotted coming from the roof of the building.

The fire was completely knocked down at around 7:50 a.m.

Toronto Fire confirmed that the building, which is believed to be a restaurant, was unoccupied at the time of the fire.

The fire did not spread to two adjacent buildings, which were also unoccupied.

Toronto Public Health, Toronto Hydro, and Toronto police have all been notified.