No plans to forgo second doses of COVID-19 vaccine in Ontario despite new research: official 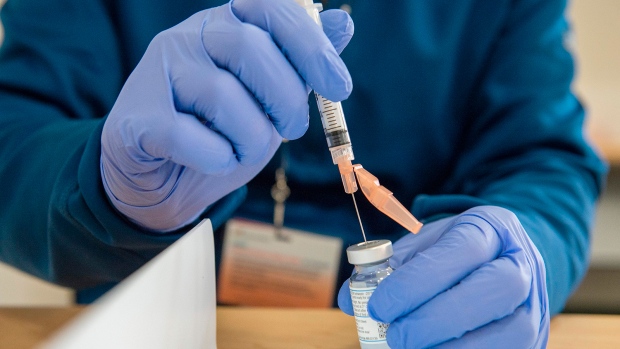 One of Ontario’s leading public health official says that the province continues to “strongly believe” in the importance of administering two doses of the Pfizer-BioNTech vaccine, even amid some recent research suggesting that a single jab could be almost as effective in preventing infections.

Two Canadian doctors recently submitted a letter to the New England Journal of Medicine, which used U.S. data to suggest that the Pfizer-BioNTech vaccine could be 92 per cent effective against COVID-19 two weeks following the first dose.

That contradicts earlier research which indicated that a single dose would only be 52 per cent effective.

The Government of Canada has not changed its formal recommendation following the publication of the research but Deputy Chief Public Health Officer Dr. Howard Njoo did tell reporters on Thursday that the “early data” is encouraging and that there are “live” and “ongoing” discussions taking place right now.

He also said that provinces can make their own decisions on when and if to administer second doses based “on the evidence that they have,” as well as their local context.

However, Ontario officials do not appear to be interested in delaying second doses any further at this point.

Asked about the research during a briefing on Thursday afternoon, the coordinator of Ontario’s outbreak response Dr. Dirk Huyer said that the province is “absolutely” committed to providing first doses as quickly as they can, having previously pushed back the interval between Pfizer-BioNTech doses from 27 to 35 days. But he said that the province does not have any plans to eliminate the second dose entirely while vaccine supplies remain limited.

Ontario has administered more than 500,000 doses of COVID-19 vaccine as of today and approximately 205,000 people have received both doses.

The second phase of the province’s vaccination campaign is scheduled to begin in March and run until July.

An additional 8.5 million people are expected to be vaccinated during that time.