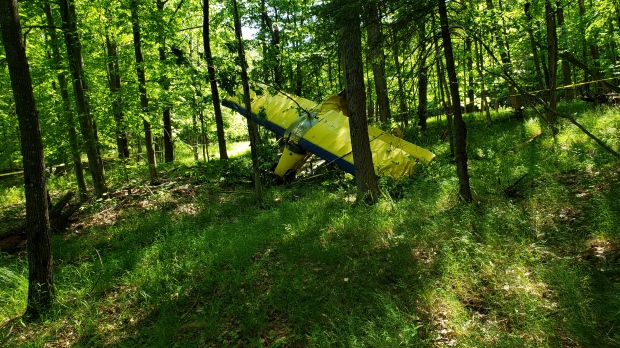 No serious injuries were reported after a small plane crashed in the Muskoka Lakes area Sunday.

Emergency crews responded to the crash on Tobins Island on Lake Rosseau at around 3:25 p.m.

The Muskoka Lakes Fire Department said that a pilot and passenger were able to extricate themselves from the wreckage before crews arrived.

“The passenger was taken to neighbours and the pilot was transported by a private boat to the awaiting paramedics in Windermere,” the fire department said in a news release. “The pilot did not appear to have major injuries as he walked on his own accord into the ambulance.”

Transport Canada and the OPP are investigating the crash.