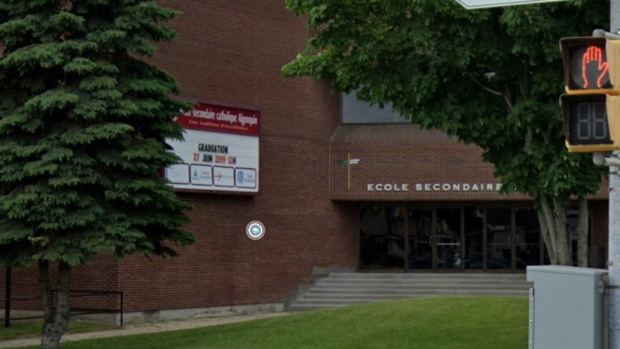 NORTH BAY, Ont. - Police in North Bay, Ont., say they're investigating a video that appears to show students involved in antisemitic behaviour at a local school.

The force said it is also investigating the circumstances that motivated that behaviour.

A spokesman said officers were called to Ecole Secondaire Catholique Algonquin on Friday and said police are working to determine whether a crime related to hate, genocide, or incitement of hatred has occurred.

“I want to offer our condolences to the Jewish community of North Bay for having to see this video and see this happening in our community,” he said in a statement.

“There is no place for hate and intolerance in North Bay.”

Police said students were spoken to by the force's school resource officer and educated about hate crimes.

“We are a welcoming and inclusive community. Hate and racism has no home here,” McDonald wrote on Tuesday. “It is everyone's responsibility to speak up against racism and hate when it appears.”

Tod said that the police service is asking the public to support the elimination of hate and intolerance, and end the acceptance of any behavior that promotes hate speech or intolerance.

This report by The Canadian Press was first published Sept. 22, 2021.