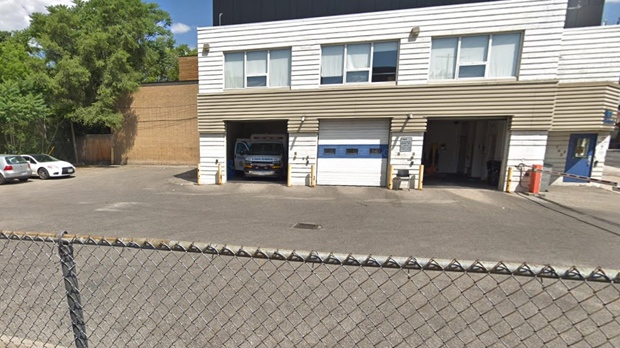 Toronto Paramedic Station 33 is shown in a Google Streetview image from July 2018.

A 34-year-old Toronto man is facing eight charges after he allegedly pointed a shotgun at paramedics and threatened them in Bloorcourt early Tuesday morning, forcing a responding police officer to tackle him to the ground.

At 6:54 a.m. Tuesday officers were called to Toronto Paramedic Services Station 33, on Bloor Street West, west of Ossington Avenue, for a report of a man with a gun.

Investigators allege the man was holding what appeared to be a shotgun and yelling at paramedics inside the station.

He allegedly pointed the gun at the paramedics and then put on a mask.

As he appeared to be loading the shotgun, a responding officer reportedly tackled him to the ground and he was arrested.

Police later found that the shotgun was a replica, incapable of firing live rounds.

A suspect identified as Abdiaftah Duale has been charged with pointing a firearm, uttering death threats, weapons dangerous and using a disguise.

He appeared in court at Old City Hall on Tuesday morning.