TORONTO - Word that the federal government has agreed to pay former Guantanamo Bay prisoner Omar Khadr more than $10 million and apologize to him to settle a long-running lawsuit sparked a furious and at times virulent reaction on Tuesday among those who see him as a terrorist killer and those who believe he deserves compensation.

The settlement, confirmed by sources familiar with the deal, exposed the deep chasm that has divided Canadians over Khadr almost since 2002 when he was dragged horrifically wounded as a 15-year-old from the battlefield in Afghanistan.

“When a Canadian soldier is injured in battle, the government provides a disability award up to a maximum of $360,000,” Conservative MP Michelle Rempel said in a tweet. “Despite this, the current government is willing to provide $10 million to a convicted terrorist.”

The Canadian Taxpayers Federation started an online petition aimed at Liberal Prime Minister Justin Trudeau, who was in Ireland, deploring the deal one source said was signed last week.

“This is offensive to many Canadians,” the petition states. “Canadians should not be forced to pay millions of dollars to a killer.”

Social media exploded with denunciation of the agreement, which sources said would see the government pay Khadr $10.5 million - part of which would go to his lawyers - and the justice and public safety ministers formally apologize to him.

Posters used words such as “disgraceful,” some called for the Canadian citizen to be kicked out of the country, while others argued the money should go to the family of Chris Speer, the U.S. special forces soldier Khadr is alleged to have killed in 2002.

“Most Canadians' thoughts would be with Christopher Speer's widow and family, who are reliving their terrible ordeal once again because of the actions of the Canadian government this time,” said Tony Clement, another Conservative MP.

The Toronto-born Khadr, 30, pleaded guilty to five war crimes before a much maligned military commission in 2010. He has claimed - with some evidence - his American captors tortured him.

Khadr's $20-million lawsuit - initially launched in 2004 - alleges the federal government breached his rights by, among other things, colluding with the Americans in his mistreatment.

Those who see him as a terribly abused “child soldier” called the apparent settlement long overdue.

“For 15 years, Omar Khadr's case has been a stark reminder of the many ways that an overreaching and unchecked approach to national security readily runs roughshod over universally protected human rights,” Alex Neve, secretary general of Amnesty in Canada, said in a statement. “In Afghanistan, at Guantanamo Bay and in Canadian prisons, Omar Khadr's rights were consistently violated and ignored.”

His supporters accused the Canadian government - particularly the previous Conservative government under then prime minister Stephen Harper - for failing to protect him.

“Good news re: Omar Khadr, who was a child caught up in war and abandoned by Canadian government at Gitmo torture-detention centre,” one tweet read.

Khadr's lawyers and a spokesman for Public Safety Minister Ralph Goodale refused to comment publicly on the agreement citing confidentiality. Trudeau, however, alluded to a pending deal.

“We are anticipating, like I think a number of people are, that that judicial process is coming to its conclusion,” the prime minister said in Dublin, Ireland.

One source with knowledge of the agreement insisted the settlement money should not be seen as a windfall, noting Khadr is blind in one eye from injuries sustained when he was captured while his other eye remains damaged.

American troops captured the badly wounded Khadr after a fierce firefight at a suspected al-Qaida compound in Afghanistan in July 2002. Khadr was accused of throwing a grenade that killed Speer. Although the evidence was flimsy and lacked eye-witnesses, he pleaded guilty in 2010 to charges that included Speer's murder and was sentenced to a further eight years in custody. He later said he confessed to get out of Guantanamo Bay.

The youngest and last Western detainee held at the infamous American prison in Cuba was finally returned to Canada in 2012 and sent to a maximum-security prison. He won bail in Edmonton in May 2015 pending an appeal in the U.S. of his military commission conviction. The appeal remains stalled.

On his release, Khadr apologized to the families of the victims - as he had done at his plea hearing. He said he rejected violent jihad and wanted a fresh start. Lately, he has said he wanted to work as a nurse.

Speer's widow Tabitha Speer and retired American sergeant Layne Morris, who was blinded by a grenade at the Afghan compound, won a default US$134.2 million in damages against Khadr in Utah in 2015. Canadian experts called it unlikely the judgment could be enforced.

Neither Speer nor Morris returned calls seeking comment, but Morris's wife had only one word when told of the deal: “Wow.”

In 2010, the Supreme Court of Canada ruled that Canadian intelligence officials had obtained evidence from Khadr under “oppressive circumstances,” such as sleep deprivation, during interrogations at Guantanamo Bay in 2003, and shared the evidence with U.S agents and prosecutors.

The Conservatives, however, steadfastly branded him an unrepentant terrorist.

Khadr's father, who took his family to Afghanistan, was a known associate of the late terrorist mastermind, Osama bin Laden. Former Liberal prime minister Jean Chretien once interceded with Pakistani authorities to free the elder Khadr, who was killed in October 2003 in a shootout with Pakistani security forces near the Afghanistan border. 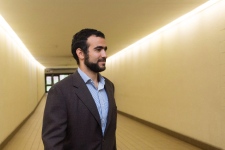