One critically injured after fire in Wellington County 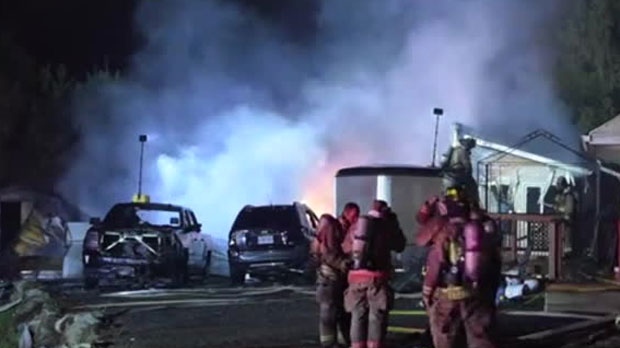 One person was taken to hospital with critical injuries after a fire in Erin.

One person is in hospital in critical condition following a fire in the town of Erin in Wellington County.

Fire officials told CTV News Kitchener that the blaze broke out at an auto shop shortly before 5 p.m. Sunday.

Heavy flames and smoke were reported at the scene and officials confirmed that one person was airlifted to Sunnybrook Hospital in Toronto for treatment.

The victim’s injuries are believed to be life-threatening.

The Office of the Fire Marshal and Ontario Provincial Police are investigating and the cause of the fire has not yet been determined.