One male dead after being pulled from Credit River in Mississauga 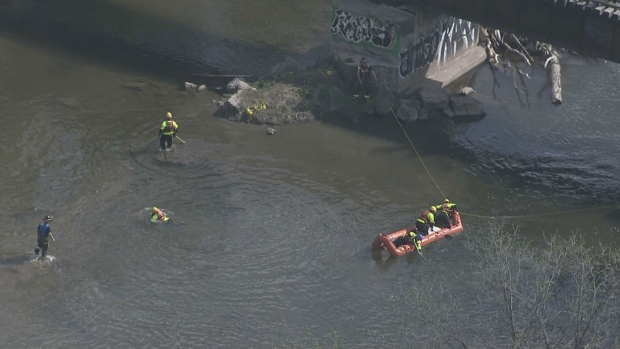 Crews search the Credit River in Mississauga Monday May 25, 2020.

A male has been pronounced dead after being pulled from the Credit River in Mississauga.

Crews spent much of the evening searching the river following reports late Monday afternoon that somebody went into the water.

Police, firefighters and paramedics attended the scene and a number of roads were shut down in the area to accommodate the search.

Peel police said late Monday night that a male victim was recovered from the river. Emergency crews tried, but were unable to resuscitate him.

The death appears to be an “unfortunate accident,” peel police said. They said the incident is “non-criminal in nature.”

Police said they will not be releasing any further information about the person who died.