One male dead, another injured in downtown Oshawa shooting: police

One male victim is dead and another is in serious condition in hospital after a shooting in downtown Oshawa on Sunday morning, police say.

A staff sergeant with Durham Regional Police says they were called to Simcoe Street South and Athol Street East sometime after 10:30 a.m. Sunday for a report of shots fired.

One victim was without vital signs and the other was in critical condition.

Both of the victims were rushed to hospital for treatment. 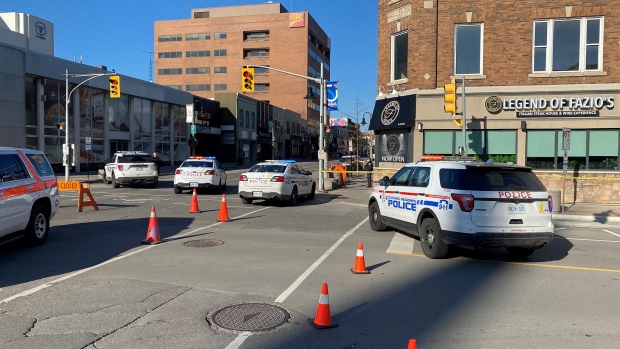 The male who was without vital signs was later pronounced dead in a local hospital.

The second male victim is in hospital in Toronto and has been upgraded to serious condition.

“This may have happened within the residence or on the rooftop,” Tudos told reporters at the scene.

Police said roads would be closed in the immediate area for some time to allow for an investigation.

Shortly after noon, the DRPS helicopter Air1 was seen over the shooting scene. 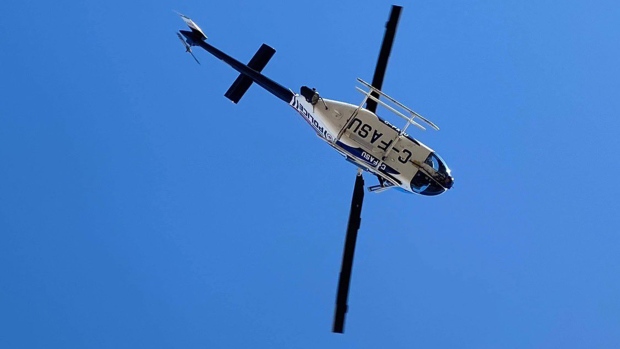 “They were here looking for further evidence on the rooftops,” he said of the chopper.

A crew member was seen opening a helicopter door. Tudos said that was to take aerial photos of the shooting scene, which was large.

“It’s uncertain right now whether it was outside, indoors, on the rooftop or in the alleyway,” he said when asked to pinpoint the shooting scene.

Tudos said they had reached several witnesses but investigators have not yet spoken to the victim who is still alive.

He declined to identify either victim, saying next of kin had not yet been notified.