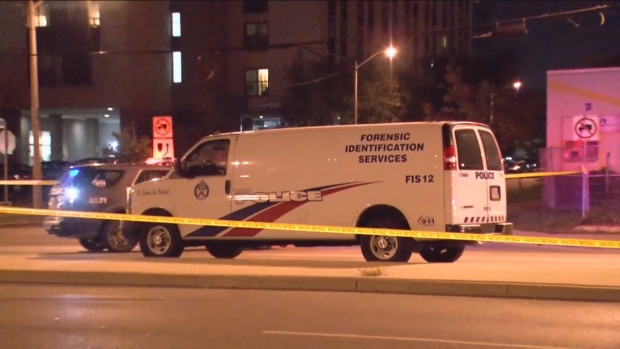 Toronto police are investigating a drive-by shooting on Highway 401 near Keele Street that left one man seriously injured.

According to police, at around midnight a vehicle on Highway 401 was exiting at Keele Street when another vehicle pulled up and an occupant started shooting.

The male driver of the first vehicle was injured and later transported to hospital for treatment.

Paramedics said the man's injuries are serious but police told CP24 that he was conscious and breathing when taken to hospital and is expected to survive.

Investigators have not released any information on possible suspects.

Some lanes of the highway were closed this morning for the police investigation but the area has since reopened to traffic.