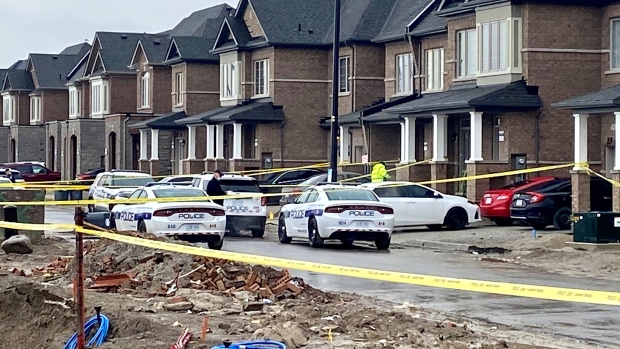 Peel Regional Police say one person has been charged in connection with an alleged kidnapping that occurred almost two weeks ago in Brampton.

Officers responded to a home on Adventura Drive in Brampton at around 3 a.m. on March 28 after receiving a call about a disturbance.

There was "an interaction" between officers and a male suspect before he fled the area with a 23-year-old female victim in a vehicle, Peel police said.

The vehicle was subsequently found abandoned a short distance away and a day later at around 7:30 p.m. the female victim was found safe.

Police said Tuesday night that one person was arrested in connection with the case on April 1 in Toronto.

Paul Prokopiw has been charged with accessory after the fact to commit an indictable offence and obstructing a peace officer. He was released on an undertaking and is scheduled to make a court appearance on June 9.

A suspect — Kwami Garwood — remains outstanding and is believed to be armed and dangerous, police said.

Acting on a tip, police executed a high-risk takedown in the area of Don Mills Road and Finch Avenue on March 31. However it turned out to be an error, with police mistaking a 17-year-old boy for Garwood.

Police are asking anyone with information about Garwood's whereabouts to contact investigators.