One person dead after apartment fire in Toronto’s east end

A person is dead after a fire erupted in an apartment in the city’s east end Saturday morning.

Fire crews responded to a blaze at an apartment building on Victoria Park Avenue, near O'Connor Drive, at around 8:10 a.m.

Crews said the fire was in a unit on the eight floor.

When crews arrived at the scene they were met with heavy smoke and had to force entry into the unit.

“Our crews conducted their primary search very quickly and knocked the fire down, and unfortunately during the primary search we did discover one occupant that was obviously deceased,” Toronto Fire Deputy Chief Jim Jessop said at the scene. 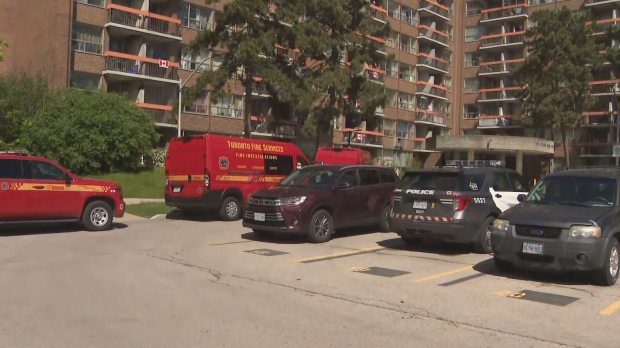 The victim’s identity has not been released but neighbours tell CP24 that a woman in her 60s lived alone in the unit.

"It's very sad. I knew her well and she was a great person. She always sat and talked to everybody and laughed with everybody. She was really a great person and it's very sad to see her go like that," neighbour Sharon Knapp told CP24.

Officials said the fire was quickly extinguished and no other units were affected.

Jessop noted that surrounding fire alarms did go off to alert nearby residents.

Another neighbour, who identified himself as Larry, lives three doors down from the affected unit and said he saw heavy smoke in the hallway while evacuating the building.

“The alarm went on, opened the door and then I saw smoke so I took the stairwell down cause it’s right on the end,” he said. “Just from the whiff of the smoke it was bad.” 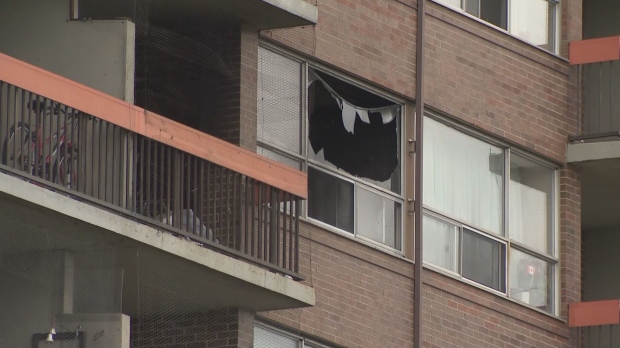 Jessop said the heavy smoke caused more damage to the unit than the actual fire.

“The smoke was significant, heavy smoke conditions that started to migrate through the building. So our crews did a great job, you know, ventilating it out and making sure that it did not contaminate the rest of the building,” he said.

The Ontario Fire Marshal has been called in to investigate the cause of the blaze.

On behalf of all of us at @Toronto_Fire, I extend deepest condolences to family, friends and all those impacted by this morning’s fatal fire on Victoria Park Avenue. The investigation into the origin, cause and circumstances is underway alongside @ONFireMarshal @TorontoPolice

A person is dead after a fire in an apartment in Toronto Saturday morning.