One person has died following a multi-vehicle collision involving a school bus on the QEW in Oakville Friday morning, according to the Ontario Provincial Police.

Shortly before 8 a.m., OPP responded to a collision in the westbound lanes of the QEW, west of Ford Drive.

Police said a school bus with students on it was involved in the crash.

No students were injured, police said. 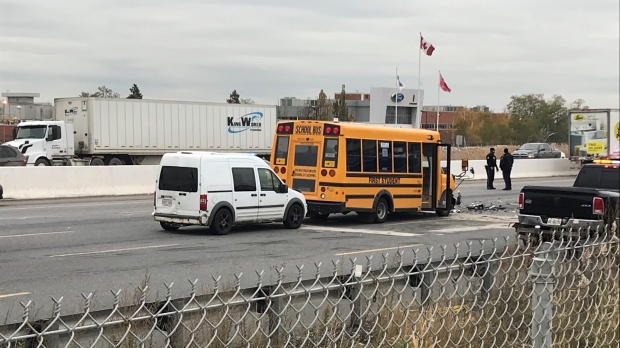 Also involved in the collision was a vehicle that was pinned under a gravel hauler but has since been removed.

Peel Paramedics said at least one person was possibly trapped in the vehicle.

Shortly after, OPP tweeted that one person involved in the collision had died.

OPP have not confirmed if the deceased was the person trapped in the vehicle. 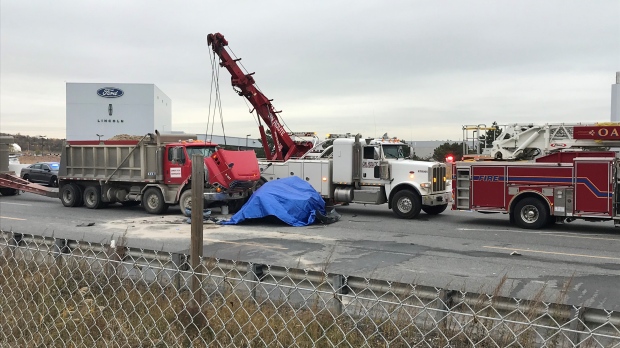 Halton Paramedics said they have transported two other patients with minor injuries to hospital. These patients were not from the school bus or from the vehicle underneath the truck, paramedics said.

Police called for another school bus to come to the scene to transfer the students.

All lanes were blocked on the westbound QEW, west of Ford Drive, for several hours as police investigated the fatal collision. The highway reopened shortly before 5 p.m. 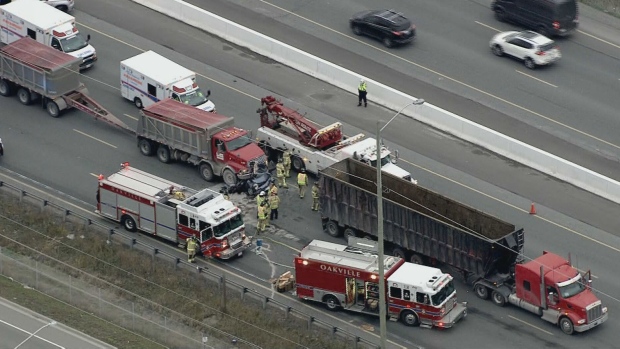