One person dead after Oshawa collision 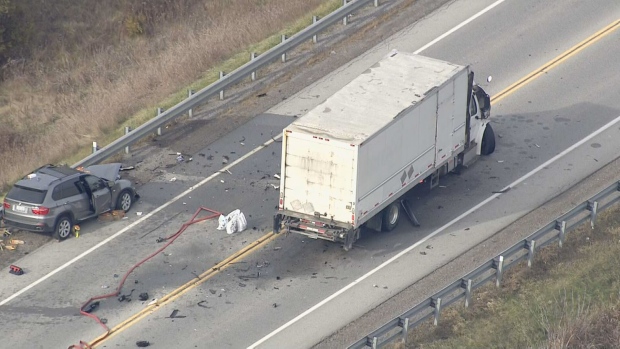 The scene of a fatal collision in Oshawa is pictured near Columbus Road and Simcoe Street Monday, December 5, 2022.

One person has been pronounced dead following a serious collision in Oshawa.

Shortly before 11 a.m., Durham Regional Police said they were at the scene of a serious collision at Columbus Road and Simcoe Street and urged people to avoid the area.

At around 3:20 p.m., police confirmed one driver had been pronounced dead.

Investigators remain at the scene of the fatal collision.

Images from the scene showed a badly damaged car and a white cube van on the road, with debris scattered across the roadway.