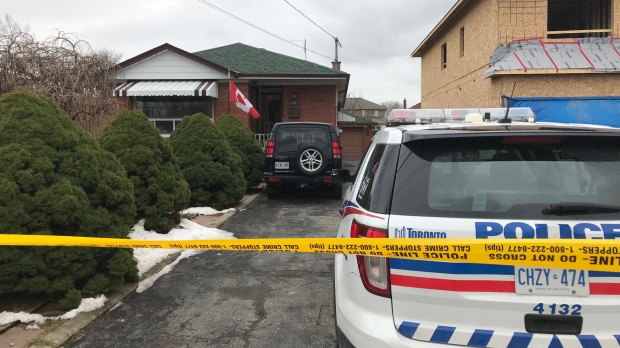 A police cruiser is shown at the scene of a stabbing investigation near Pharmacy Avenue and Lawrence Avenue East on Tuesday morning. (Ted Brooks)

Police say one person is in custody after an elderly female was stabbed multiple times in the city’s east end this morning.

The incident occurred at a home near Pharmacy Avenue and Lawrence Avenue East.

The victim was rushed to hospital via emergency run with what paramedics said were "very serious" injuries.

“There are some citizens that were on the construction site next door that intervened and we are very thankful for that,” Det. Andy Cechetto told reporters at the scene. "They are being interviewed at the station now."

Cechetto said that there were multiple witnesses who saw what transpired in addition to those that intervened. He said that all of the witnesses have been cooperating with the investigation so far.

The relationship between the suspect and the victim remains unclear, though Cechetto said that both were elderly.

He also confirmed that police were called to the home last week but would not say for what purpose.