One person in custody after Spadina Ave. closed for gun investigation 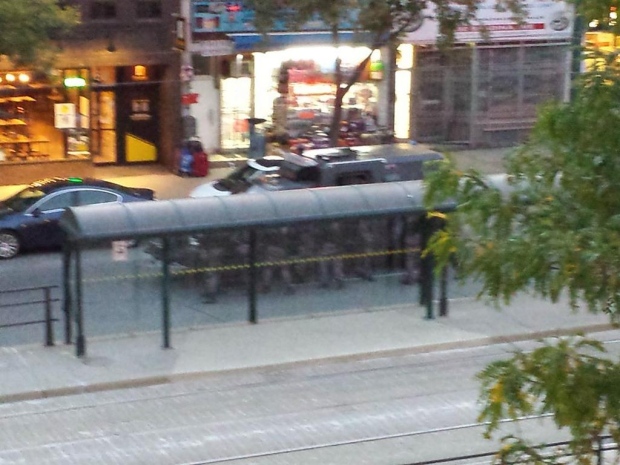 Members of the Emergency Task Force can be seen on Spadina Avenue on Tuesday, Sept. 9, 2014. (Twitter/@dubcomm)

One person is in custody after members of the Emergency Task Force responded to reports of a person armed with a gun in downtown Toronto Tuesday night.

Police said they received a tip from a “very credible witness” that a male armed with a rifle was spotted in the Spadina Avenue and Nassau Street area shortly before 7:30 p.m.

Spadina Avenue was closed down as a precaution between Dundas and College streets for several hours as police investigated.

In a tweet sent out at around 10 p.m., police said that the road had been reopened.

One person is currently in custody in connection with the investigation, police confirmed. There was no immediate word on charges.