One person taken to hospital after stabbing in North York 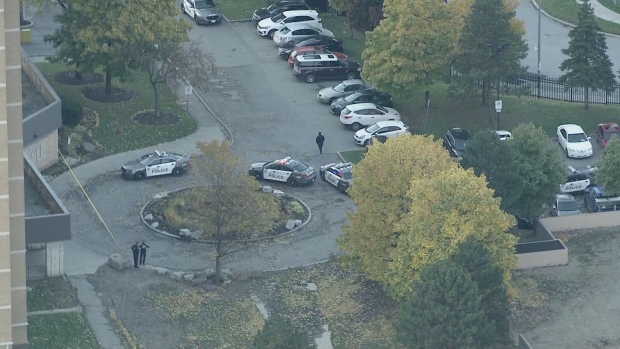 A man has been seriously injured in a stabbing in North York Wednesday afternoon.

Toronto police were initially called to Chalkfarm Drive and Jane Street, north of Wilson Avenue, just after 5:30 p.m. for reports of a shooting.

When emergency crews arrived, they found a man suffering from stab wounds.

Toronto paramedics said they transported the victim to a hospital in serious but non-life-threatening condition.