The province’s police watchdog has confirmed that a one-year-old boy who was killed during a confrontation between his father and Ontario Provincial Police officers last year was struck by police gunfire.

The finding comes after the Special Investigations Unit was called to probe a police confrontation in Trent Lakes near Lindsay, Ont. on Nov. 26, 2020.

According to the Special Investigations Unit, police were told that a father had allegedly abducted his son.

A resident told CTV News Toronto that he sheltered a woman, her mother-in-law and a three year-old child after the abduction occurred nearby.

Shortly after, officers located a vehicle of interest on Sturgeon Road and attempted to stop it, the SIU said.

The vehicle then collided with an OPP cruiser and a civilian vehicle on Pigeon Lake Road.

The collision injured an officer who was outside his vehicle laying down a spike belt in an effort to stop the suspect vehicle. 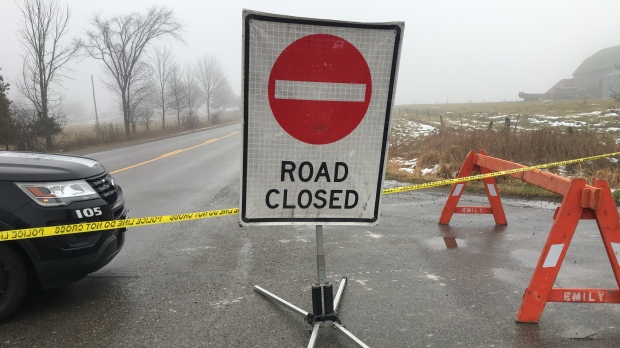 The driver, a 33-year-old man, and OPP officers were then involved in some sort of altercation following the crash, resulting in three officers firing at the man’s vehicle.

When the shooting stopped, a one-year old boy was found in the vehicle with gunshot wounds and was pronounced dead at the scene, police said.

The boy’s father was rushed to a trauma centre but died from his injuries seven days later.

On Thursday, the SIU said the child was killed by police gunfire.

“Upon receipt and review of additional forensic evidence in this case, including the results of the postmortem examination performed on a child, and reports prepared by the Centre of Forensic Sciences of analyses conducted with respect to bloodstains in the pickup truck, the trajectory of shots that struck the truck, and firearms, cartridge cases and projectiles, the SIU can today confirm that the child’s death ... was the result of being shot by police,” reads a statement from the SIU.

The mayor of Kawartha Lakes said the death of the boy “is a direct result of decisions his father made that day.”

“I can't even imagine what his mother and that police officer are feeling today. My heart goes out to both of them and their families,” Mayor Andy Letham said.

The OPP Association released a statement in response to the SIU’s finding extending their condolences.

“We are all devastated when a child tragically dies. The OPP Association respects the investigative process. We continue to support our members affected by the incident,” reads the statement.

No charges were announced Thursday and the SIU said the investigation is ongoing.

The SIU is called in to investigate incidents involving police that have resulted in death or serious injury.