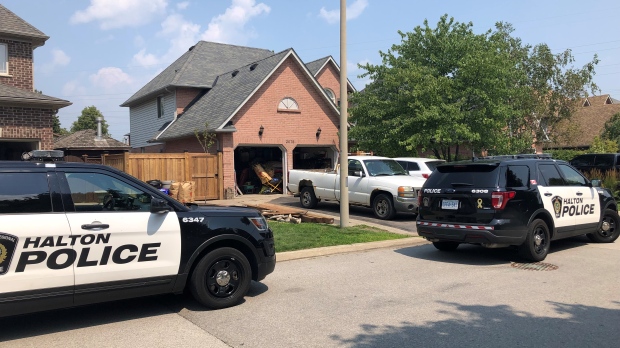 Police say a girl was rushed to hospital after being pulled from a pool in Burlington. (CTV News/Corey Baird)

A one-year-old girl who was in hospital in critical condition after being pulled from a backyard swimming pool in Burlington has died.

Emergency crews were called to a residence on Kevin Crescent in the area of Headon Road and Upper Middle Road on July 25 for reports of drowning.

When officers arrived, they said they located the child in the pool and life-saving measures were performed.

The girl was rushed to the hospital.

Halton police confirmed on Tuesday that “tragically the child has died in hospital.”

They did not say when the child died.

Police are conducting an investigation to determine what led to the drowning. Authorities previously said a family was present at the home when the child was found in the pool.

Anyone with information is asked to contact the Duty Staff Sergeant at Burlington Police Station on 905-825-4747 ext: 2310.