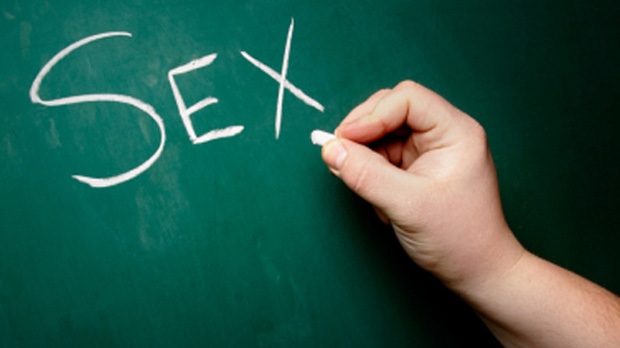 CP obtained a copy of an email sent Friday to trustees with the Toronto District School Board advising them the "revised health and physical education curriculum, grades 1-12, will be released by the Ministry of Education Monday, Feb. 23."

"Today directors or designates are receiving information related to key changes in the curriculum and are discussing plans for implementation," TDSB director Donna Quan wrote in the email. "Parent resources are being developed to respond to questions."

Education Minister Liz Sandals is expected to unveil the first update to the province's sex ed curriculum since 1998 at a news conference she has scheduled for Monday morning.

The Liberal government abandoned an earlier attempt to update the sex ed curriculum in 2010 after protests by some religious groups, but Premier Kathleen Wynne has vowed the update will be in place for the start of the school year in September.

"The health and physical education curriculum is out of date -- in fact it's dangerously out of date," Wynne said earlier this week.

The Progressive Conservatives say the Liberals did a poor job of consulting parents on the revised curriculum, and should let parents have more input.

But Wynne said school council chairs at all 4,000 schools across the province were consulted, and made it clear there would be no more revisions to the updated curriculum.

Sandals said the government heard a "strong consensus"' from the one parent at each school they consulted that they want their kids to get reliable, accurate and timely information.

"We also had a lot of confirmation that parents want the curriculum updated so their kids are getting accurate information about safe Internet use, that their kids are learning about the dangers of sexting and inappropriate communication on smartphones," she said Wednesday.

Wynne has said students should start learning facial cues and how to read body language as early as Grade 1 to give them the ability to understand the concept of consent.