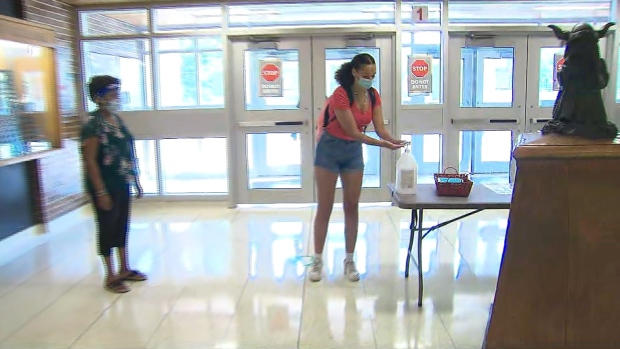 Ontario’s health minister says that the province is working on a “final plan” for the administration of COVID-19 vaccines to younger school-aged children and will be “ready to go” as soon as it receives Health Canada approval.

Christine Elliott made the comment to reporters during a news conference on Tuesday morning, less than 24 hours after Pfizer formally asked Health Canada to approve its vaccine for use in children between the ages of five and 11.

“We are working actively with public health units to determine a rollout for that vaccine when it is approved by Health Canada and we will be ready as soon as it is approved to be able to distribute it and have it available for children across the entire province,” Elliott promised. “I know that parents are concerned about this but they need not be because we will be ready to go. We are actively working on this and putting the final plan together right now.”

Elliott said that a central team at the Ministry of Health is currently reviewing plans for the distribution of the vaccine to school-aged children that were submitted by all 34 public health units.

She said that those plans vary based on geographical considerations but generally involve the use of pharmacies, primary care doctors and public health units.

Elliott also said that school-based clinics could be organized, though she said that they are unlikely to be held during school hours.

There are currently about 200,000 children between the ages of five and 11 in Toronto alone.

“Many parents with small children would prefer to be with their child when they receive the vaccination, so all of those issues are being taken into consideration,” Elliott said.

Elliott’s comments on Tuesday came as the Ministry of Education reported another 173 new school-related cases of COVID-19 over a three-day period ending Monday afternoon.

The tally represents a slight decrease from this time last week when 269 cases were reported over a four-day period due to the holiday weekend.

The total number of active cases associated with the public school system now stands at 1,200, which is the lowest that number has been since Sept. 21.

Nearly half of the active cases – 556 – are in Greater Toronto and Hamilton Area school boards, where at least 136 individual classroom cohorts are self isolating.

There is, however, only one school that remains closed across the entire province – Etobicoke’s Greenholme Junior Middle School.

Silverthorn Collegiate Institute, located near Mill and Burnhamthorpe roads, had been closed for a week following the confirmation of 11 student cases of COVID-19 but reopened for in-person learning today.

Its students will have voluntary access to rapid antigen tests up to twice a week, as a means of ensuring no further spread occurs.

It says that is also has 24 active investigations underway in child care settings and 101 in schools.

Meanwhile, the total number of school-related cases reported across Ontario since the beginning of September is now 3,788.

That is well ahead of where things stood at this point last year when there had only been 1,310 school-related cases confirmed across Ontario. But overall case counts have been declining for the last few weeks, unlike in 2020 when the second wave was just beginning.