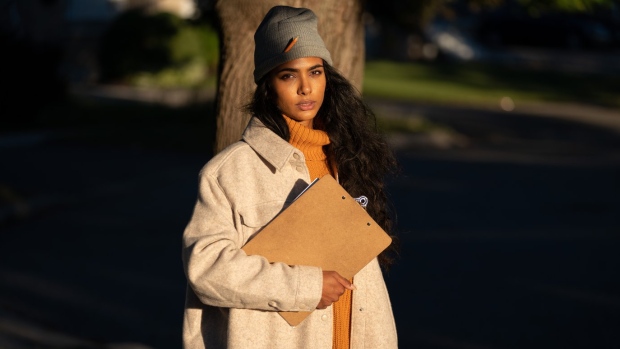 Some Ontarians who celebrate Diwali are criticizing the fact that the province's municipal elections fall during the South Asian holiday, which many liken to Christmas.

Municipal election dates are fixed under a provincial act, and the government says those who can't make it to the polls on election day can vote by mail, at advance voting stations or by proxy – suggestions some argue puts their communities at a disadvantage.

Ryan Singh, the chair of the Indo-Caribbean Canadian Association, said the conflict with Diwali could lead to lower voter turnout among those who celebrate the festival, affecting their political representation in communities across the province.

"When people are conflicted with spending time with their family on a religious or important cultural day, they are not going to take time to go vote on election day," he said in a phone interview.

"Diwali (involves) typically events you celebrate in the evening after work, and that is also the time period when most people go to vote, right after work."

Diwali, a religious and cultural festival celebrated by Hindus, Sikhs and Jains, falls on Oct. 24 this year, the same day municipal elections will be held in communities across Ontario as per a fixed election date.

Singh raised the issue earlier this month in a letter to Steve Clark, Ontario's minister for municipal affairs, calling for him to "immediately amend" the election date.

"We recommend that the government ensure that these Ontarians do not have to choose between their religious observances and their civic duties," Singh wrote in the letter, which notes that the government moved a provincial election date in 2007 because of a conflict with a Jewish holiday. Singh said he hasn't received a response to the letter.

Ravi Singh, a Toronto resident, said he and his family were looking forward to Diwali this year after two years of muted pandemic celebrations. Having the municipal election on the same day could hamper some of those plans, he said.

Melissa Diakoumeas, a spokesperson for the Ministry of Municipal Affairs and Housing, said the election date is determined by an act that sets it for the fourth Monday of October. She suggested those who cannot vote on election day use other available options such as advance, proxy, mail-in or internet voting as available.

In Toronto, where South Asians make up around 17 percent of the population, officials said no specific efforts are underway to engage with voters celebrating Diwali. They noted, however, that the city has conducted "extensive outreach" to ensure residents have the information they need to vote.

"I am confident in the work of our staff and the outreach that we have done in communities across the city to try to get the information about the voting options out to as many people as we can," said city clerk John Elvidge.

In Brampton, Ont., where around 40 percent of the population is South Asian, the city said it had various options for those unable to vote on election day, such as advance and proxy voting. It's also sending information to places of worship and culture centers in languages including Punjabi, Hindi and Gujarati as part of outreach to diverse communities.

But the suggestion that those celebrating Diwali find a way to vote ahead of time was criticized by some.

"The overwhelming majority of people, no matter how many options you give them, will always vote on election day," said Ayesha Khan, a Toronto voter who is also volunteering with campaigns for a city council candidate and a school board trustee.

Those directly involved with election day, such as volunteers, candidates and election workers, will have to give up celebrating the festival with their families, Khan added.

"There is no possibility of being able to fit in the celebration," she said.

While Khan acknowledged it may be too late to amend the date for this year's municipal elections, she said it was important to speak out on what she argued was a form of "systemic racism."

"We are in a sense being told that our cultural values aren't as important as others," she said. "We aren’t just going to be silenced if this happens again, and (we) hopefully learn from the lessons of this mistake."