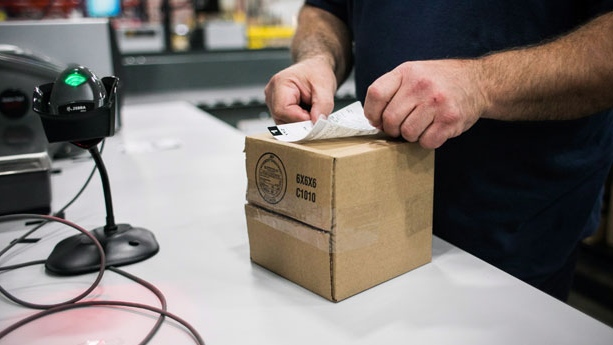 The provincial corporation tasked with the online sale and distribution of recreational cannabis posted a cancellation notice on Friday via the Ontario government's tender portal.

The corporation first posted the tender in January, calling for "expedited same-day delivery" for OCS orders. The project was set to begin as early as March in the Greater Toronto Area.

The OCS was the only way to legally buy recreational pot in Ontario until April 1, when the province's first bricks-and-mortar cannabis stores opened their doors.

However, consumers can still only make online purchases of adult-use pot from the OCS.

The tender cancellation comes after the Ontario Chamber of Commerce earlier this month called on the province to consider allowing consumers to buy pot directly from licensed producers and retailers to "improve customer convenience," among other recommendations.

Ryan Dempsey, the chief executive of Ontario-based cannabis delivery service company Eddy Delivery, which had been vying for the contract, said he was surprised at the cancellation.

Dempsey said he hopes the Ontario government will instead make changes to current regulations to allow for on-demand delivery of recreational pot, similar to the framework in place for alcohol in the province.

If consumers were able to order directly via private retailers' e-commerce websites, it would be faster and more efficient as the orders would come from various retailers rather than just one provincial warehouse, he added.

"In a lot of ways that would actually be an even more convenient solution for consumers than what this OCS potential solution would look like," he said.

After Canada legalized recreational cannabis last October, consumers who ordered from the OCS faced lengthy delivery delays and product shortages as legal retailers across the country faced a supply crunch.

The Ontario Ombudsman said in October it had received more than 1,000 complaints against the OCS about delays, billing problems and poor customer service.

In December, citing national supply issues, the Ontario government said it was limiting the number of initial retail licences to 25 stores.