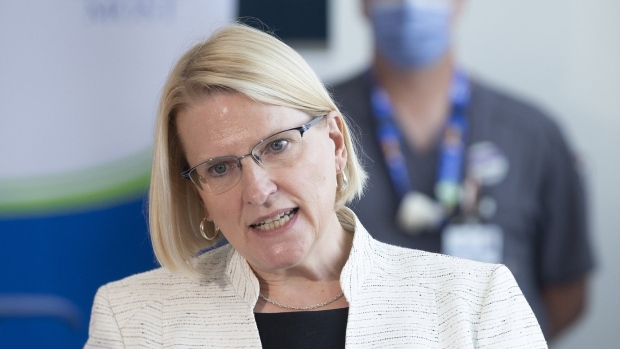 Ontario's minister of health has told the province's nursing college to go ahead with regulatory changes that could get thousands more internationally trained nurses into practice more quickly.

Among the college's proposals was allowing internationally trained nurses to be temporarily registered while they go through the process of full registration, such as completing education and an exam.

It also proposed to make it easier for about 5,300 non-practising nurses living in Ontario to return to the workforce, if they want to. Current rules say a nurse must have practised within the last three years to be reinstated, but that could be removed.

Jones has now told the college to draft those amendments to regulations right away.

"It is my expectation that should these amendments be approved by the government, that the college will immediately begin registering both (internationally educated nurses) and other applicants who will benefit from these changes," she wrote to them in a letter obtained by The Canadian Press.

The college has said the changes could potentially help the 5,970 active international applicants currently living in Ontario, but Jones has asked the regulator specifically how many nurses it expects will benefit.

The nursing college had also said that with temporary registrations, it could change rules to only revoke a temporary certificate after two failed exam attempts, instead of the one attempt nurses are currently allowed. On that measure, the ministry said it will rely on the college's expertise about what exactly should be included in the regulatory amendments it is now drafting.

A spokesman for the College of Nurses of Ontario said the regulatory body is looking forward to working collaboratively with the ministry and is encouraged that Jones acknowledged its advice on longer-term solutions.

In its response last month to Jones, the college had called on the government to do more to provide international nurses with more education opportunities.

Jones responded that she has asked the ministry to work with the college and other health-system partners on that.

Claudette Holloway, the president of the Registered Nurses' Association of Ontario, welcomed the minister's response and also urged the government to work on a long-term recruitment and retention strategy.

"We are glad to hear there is action to expedite the process for our internationally educated nurses," she said in an interview.

"We’ve been asking for this for some time and many of them have been waiting for years to be processed. We desperately need them in Ontario on the front lines to deal with the nursing shortages that we have."

The health minister has also given approval to the College of Physicians and Surgeons of Ontario for it to create a temporary, three-month registration for physicians licensed in other provinces.

That college had also highlighted for the minister a need for practice ready assessments, which would allow internationally educated physicians to be rapidly assessed over a 12-week period of supervision and direct observation. Such programs are already used in seven other provinces and are designed to deploy physicians to underserved communities and provide a path to licensing, the college wrote to the minister.

"CPSO urges government to take immediate steps to implement a PRA program for Ontario," it wrote.

"With government funding and co-ordination among key system partners, a program could be implemented immediately and begin injecting a new supply of (internationally educated physicians) into the system as early as spring 2023 and onwards."

Jones responded that the ministry is "looking carefully at the concept."

This report by The Canadian Press was first published Sept. 7, 2022.