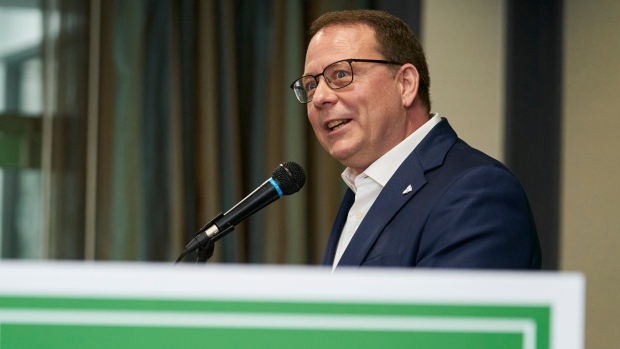 The Ontario Green Party has asked the integrity commissioner to investigate whether the premier or housing minister tipped off developers about their plans to open up the Greenbelt.

Leader Mike Schreiner told reporters he filed an affidavit on Monday asking for an opinion on whether Premier Doug Ford and MPP Steve Clark breached Section 2 or Section 3 of the Members Integrity Act.

Section 2 covers conflict of interest and ensures that a member of the Legislature does not knowingly make a decision that could further their own private interests or those of another individual. Section 3 prohibits a member from providing insider information that is not publicly available for private gain.

“I think we need this investigation so we can restore trust with the people of this province who feel, and I think rightfully so, that the government's actions do not pass the smell test,” Schreiner said on Tuesday after Question Period.

The Green Party is also asking the integrity commissioner to investigate whether any unregistered lobbying activities took place by or on behalf of land owners.

“Our initial search of registered lobbyists indicate that some of the individuals that have been reported by the media to have recently purchased land in the Greenbelt are not being registered as having done any lobbying, or hired any lobbyists to lobby on their behalf,” Schreiner said.

The Office of the Integrity Commissioner of Ontario confirmed to CTV News Toronto that Schreiner made a request for an opinion on whether a member has contravened the act or Ontario parliamentary convention. If the office finds a member contravened the act, they will be subject to a penalty, which can include an official reprimand or a temporary suspension from Legislature.

The Liberals have said they are working on a request to the integrity commissioner related to the development of the Greenbelt.

Ontario is currently undergoing a 30-day consultation process to remove about 7,400 acres from 15 sites within the Greenbelt in order to accommodate the building of more homes.

The government says that once the land is removed, it is expected that construction will begin no later than 2025. 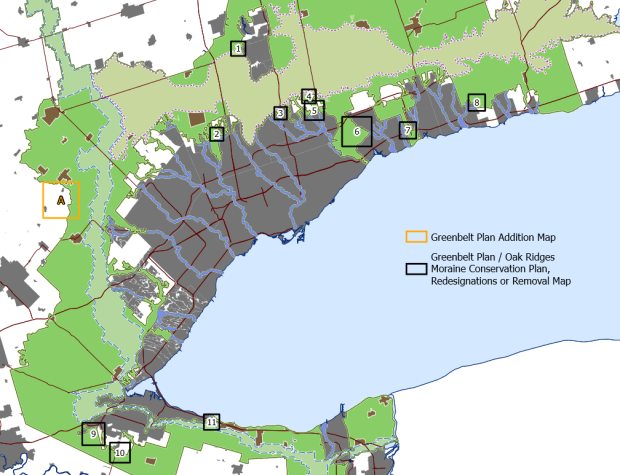 As was first reported by The Narwhal and the Toronto Star, multiple large developers have purchased Greenbelt land since the Ford government was elected in 2018, including an investment made as late as September of 2022.

Citing media reports, Ontario’s official Opposition has said it appears as though “Doug Ford’s landowner buddies and donors are about to cash in big.”

The NDP has written to the Auditor General to request an investigation into how much property owners stand to benefit from changes to the Greenbelt, and whether it is in the public interest.

“Carving up the Greenbelt is bad for the environment, and it’s bad for everyday Ontarians. So, who is Mr. Ford helping and how much,” Tabuns asked.

On Tuesday, Clark was asked repeatedly whether he, or anyone in his government, had told land owners in advance that it was planning on removing sections of the Greenbelt. He did not deny it, saying only the government followed “all the procedures.”

“I'm the housing minister. I meet with people who want to build housing, whether they’re Habitat for Humanity, whether they're Ontario Aboriginal Housing Services, whether they're a private home builder that builds one home a year or 1,000 homes. That's what I do,” Clark said.

“I followed all of the rules that our government has put forward for posting. I didn't hide the posting. I was honest, open and transparent.”

Clark added the government has done “countless consultations” to deal with the housing crisis in Ontario.

The 30-day consultation process to develop parts of the Greenbelt concludes on Dec. 4. Clark touted the fact that, if the proposal goes forward, the government will also be adding about 2,000 acres of land to the Greenbelt.

The government passed its housing bill on Monday that, among many things, overrides some municipal zoning laws, and eliminates some development fees in an effort to get more homes built.

As part of the bill, the government altered reduced the authority of conservation authorities in the province, saying they no longer have to consider factors such as pollution or land conservation when approving permit requirements.