Ontario legislature rising a week ahead of schedule for winter break 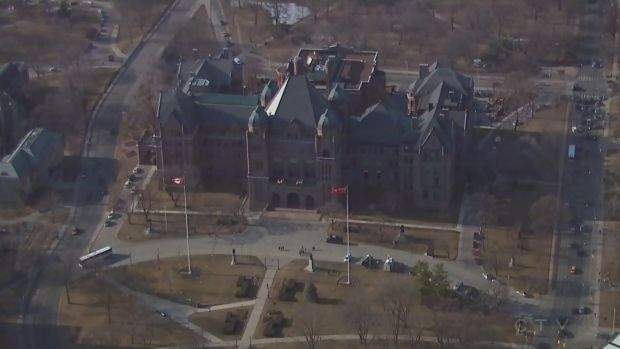 Queen's Park is seen in this CTV file footage.

TORONTO - Ontario's legislature is rising for its winter break today, a week earlier than scheduled.

The recess comes as the Progressive Conservative government is dealing with criticism on several fronts.

Yesterday, U.S. regulators rejected Hydro One's proposed takeover of an American company over concerns of political interference from the provincial government, which is the utility's largest shareholder.

Premier Doug Ford also recently had to defend the appointment of a long-time family friend as the new head of the Ontario Provincial Police.

And the Tories are also grappling with the loss of one of their legislators, Amanda Simard, who left caucus last week after the government's decision to eliminate the independent office of the French-language services commissioner and scrap a planned French-language university.