Ontario Liberals commit to banning handguns in first year in office, if elected 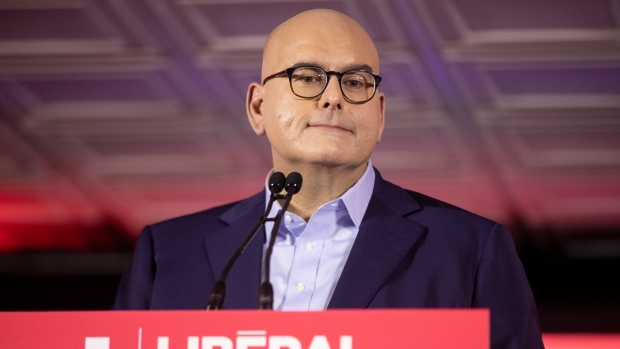 The Ontario Liberals say they will ban handguns across the province in their first year in office if elected in June.

Few details were provided during the Tuesday morning election platform announcement, with party leader Steven Del Duca saying only that his party would "ban the sale, possession, transport and storage of handguns."

The implementation of such a policy would greatly depend on a partnership with the federal government. Del Duca says that, if elected premier, he would accept Ottawa's offer to fund a buy-back program, which would make it mandatory for owners of banned firearms to sell them back to the government.

As it stands, the proposed federal gun legislation only applies to assault-style firearms.

Public Safety Minister Marco Mendicino did say back in March the government would earmark at least $1 billion to work with provinces who want to ban handguns.

Speaking on Tuesday, Del Duca acknowledged that a large part of the problem is that guns are being smuggled across the border, requiring further cross-provincial support to reduce gun violence in the province.

"We've heard heartbreaking stories in the last few weeks," Del Duca said of multiple shootings that took place, primarily in the Greater Toronto Area. "This is not acceptable."

The Ontario Liberal Party leader took the opportunity to accuse Progressive Conservative Party Leader Doug Ford of putting the interests of the gun lobby ahead of victims of gun violence.

"The result is handgun violence is spiraling out of control. The choice on handguns is clear, more handguns and gun crime under the Ford conservatives or a ban on handguns under the Ontario Liberals," he said.

In a news release, the Ontario NDP said their leader has "long called for a ban on the urban sale of hand guns and to stop illegal guns from being smuggled into Ontario."

The party also criticized the Liberals for not addressing gun violence during the 15 years they were in office before the PCs were elected in 2018.

CTV News Toronto has reached out to the PC Party for comment.