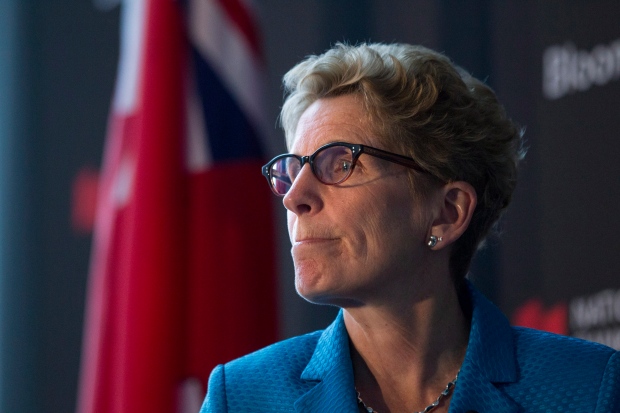 The Ontario Liberals could be on track for a majority government, according to a new poll released by Forum Research Inc. Wednesday.

The poll suggests that close to four in 10, or 38 per cent of Ontarians, would vote Liberal compared to 35 per cent who would vote PC.

Those numbers, the poll projects, ultimately mean the Liberals would have enough seats in the Legislature to take a majority.

The poll, which randomly sampled 996 Ontario voters, is a clear shift from a recent poll conducted at the beginning of the campaign, which showed a PC lead.

“Apparently, promising to fire 100,000 of their neighbours doesn't engender warm feelings of support among the electorate. Tim Hudak may have forgotten that there's proverbially a teacher in every family in Ontario, and it’s teachers who will bear the brunt of those cuts,” said Lorne Bozinoff, the president of Forum Research, in a news release.

“This is a sudden reversal in Tim Hudak's fortunes to have happened in just the space of a few days. Based on past experience, we may expect to see him modify that promise in the near future.”

The New Democrats remain a popular second choice with one third of voters indicating they would like to see the NDP as official opposition.

One third of voters (32 per cent) see Liberal Leader Kathleen Wynne as the best choice for premier, which has increased from 28 per cent at the start of the campaign. Fewer than one quarter believe Hudak should lead Ontario and one seventh would put their support behind NDP Leader Andrea Horwath. Close to one quarter think none of the candidates are qualified for the job.

According to the poll, more than one third of voters believe that jobs and growth are the most important issues in the campaign.

The poll was conducted on May 12th, 2014 and results are considered accurate plus or minus three per cent, 19 times out of 20.