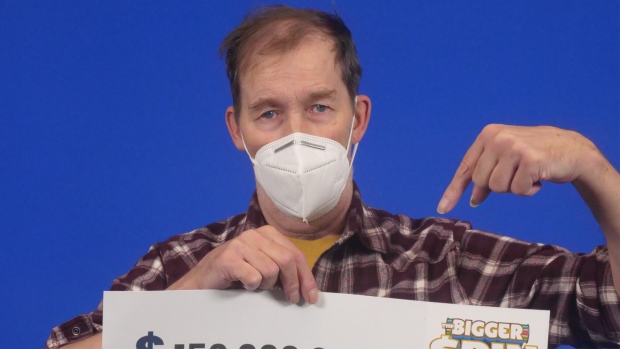 An image of 64-year-old Jeffrey Gurczenski with his big cheque. (OLG)

A 64-year-old Ontario lottery winner has hit the jackpot twice in just one year.

Mississauga resident Jeffrey Gurczenski won $91,000 on a Poker Lotto All In game a few months ago, and this time around, he scored a bigger prize.

“When it landed on $150,000 my heart was racing! I was so happy. I called my friends when I went home – they were so happy for me,” Gurczenski said when picking up his Bigger Spin Instant prize cheque at the OLG Prize Centre in Toronto.

The two-time lottery winner plans to buy a condo with his earnings.

The winning ticket was bought at Mac’s on Dixie Road in Mississauga.