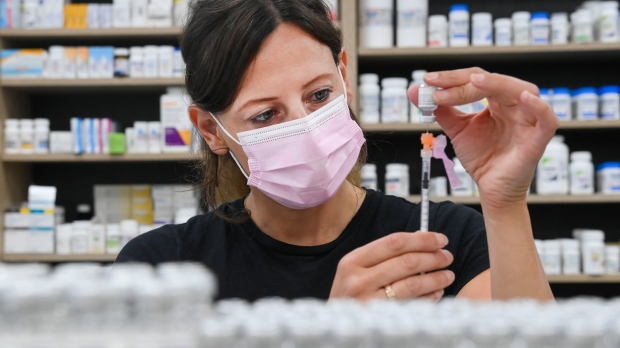 Ontario is reporting fewer than 300 new COVID-19 cases for a third consecutive day and 11 more deaths on Wednesday.

Provincial health officials logged 255 new coronavirus infections, a drop from 296 cases on Tuesday and 384 cases a week ago.

Ontario reported 270 infections on Monday, 318 on Sunday and 355 on Saturday.

The latest fatalities bring the province’s virus-related death toll to 9,093.

The rise in testing contributed to a drop in the province’s positivity rate to 1.2 per cent, compared to 1.5 per cent a week ago, according to the Ministry of Health.

Another 460 people recovered from the virus, resulting in 3,032 active cases across Ontario.

In the Greater Toronto Area, Toronto logged 57 new cases, while 25 were reported in Peel Region, 10 in York Region, six in Halton and two in Durham.

Meanwhile, Waterloo Region reported (53) in all of Ontario today, a drop from 61 the previous day.

Currently, there are at least 816 people receiving treatement due to the virus in Ontario hospitals, according to data from local public health units and hospitals.

The Ministry of Health says there are 305 people in intensive care units and 190 are breathing with the help of a ventilator.

Thirteen of Ontario's ICU patients were transferred from Manitoba.

More than 3.3 million Ontarians have been fully vaccinated against the virus after receiving two doses of approved COVID-19 vaccines.

Over 13 million doses have been administered across the province since mid-December, with a record 227,318 shots into arms yesterday alone.