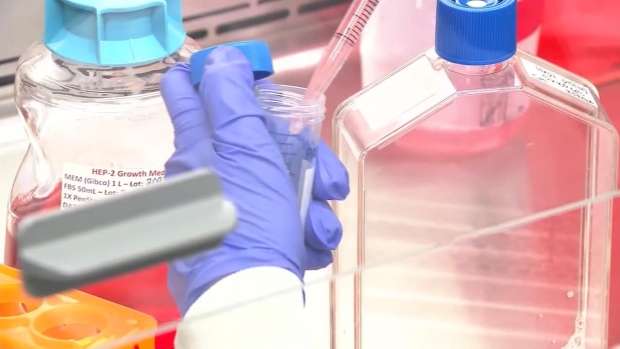 The number of new COVID-19 cases in the province dropped again for the second day in a row on Sunday.

The province says 304 new cases of the virus were reported on Sunday, down from the 340 cases confirmed on Saturday and the 391 confirmed on Friday.

It should be noted that the province only completed 9,155 tests on Sunday, significantly fewer than the more than 16,000 tests conducted one day prior.

The province saw the number of new cases drop to 294 last Saturday but the number has not dipped below 300 since that time.

While the province has not seen a dramatic decrease in new cases in recent weeks, the numbers are substantially lower than the record high 640 new cases reported on April 25.

The downward trend has prompted Premier Doug Ford to launch the first stage of his plan to reopen the province, which includes reopening many retail stores to customers on Tuesday for the first time since March.

Ontario’s medical officer of health previously expressed some apprehension in moving ahead with reopening the province given that we haven’t seen a consistent two-week decrease in new cases.

Ontario saw 23 more deaths on Sunday, the same number of deaths reported one day prior.

The majority of deaths in the province are in residents of long-term care homes.

According to the provincial data, seven additional outbreaks of the virus were reported in long-term care homes on Sunday, bringing the total number of outbreaks to 276.

The number of patients hospitalized with the virus now stands at 972, up from 934 in the previous report. There are currently 174 patients in intensive care and 133 on ventilators.