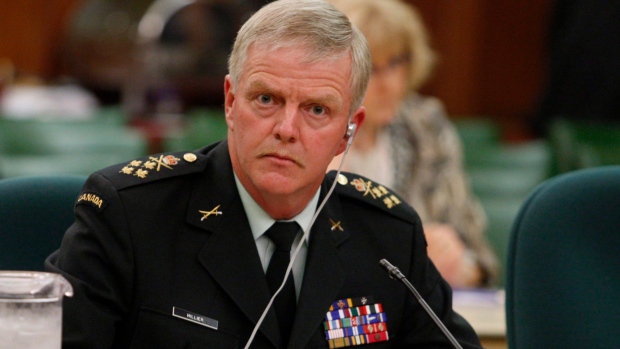 The task force, which Ford said will be made up of the "best and brightest minds," will oversee the distribution of vaccines in the province once they are approved by Health Canada and shipped out by the federal government.

Ford said rolling out doses of the COVID-19 vaccine will be "largest logistical undertaking in a generation."

"Distributing this vaccine will be a massive logistical challenge. In fact without the right planning, it risks being a logistical nightmare," he said.

"We need military precision. We need the discipline that only a general can bring to this task."

Hillier served as the head of the Canadian military between 2005 and 2008.

"Now he will bring that same leadership and that military precision to this new task," Ford said on Monday.

The premier said the province is currently working with the federal government to get a clear picture of the "path forward with Health Canada approvals."

"We are being told that by early 2021, the first doses will be available. When those doses are ready, we have to be ready as well," he said.

Ontario Health Minister Christine Elliott previously indicated that she expects the province to receive a combined 2.4 million doses of the Pfizer and Moderna COVID-19 vaccines during the first three months of 2021.

Vaccine recipients will require two doses 21 days apart, meaning that the initial shipments will likely only be enough to protect about 1.2 million Ontarians.

Health Canada will still need to approve both vaccines but Elliott said planning for the early rollout of the province's COVID-19 vaccine program is "well underway."

"We are on the verge of a critical new phase in our efforts to stop the spread of COVID-19 with the recent news about the Pfizer, Moderna and now the AstraZeneca vaccines," Elliott said at Queen's Park on Monday.

She noted that she plans to meet with Hillier this week and said the province is already working with local public health units and other provincial partners to establish priority groups for the vaccine.

"This task force will be made up of representatives from across our government and will include experts in operations and logistics, federal/ provincial relations, health care, public health and immunizations, ethics, information technology and data," she said.

"They will be advising on the delivery, storage, and distribution of the vaccine, (and) support for health care system partners to deliver a phased vaccination program that will initially prioritize vulnerable populations followed by mass immunization."

"While there is light at the end of the tunnel, it is important to keep in mind that a vaccine is still months away," she said.

"I am urging everyone to please continue following public health advice in order to limit the spread of COVID-19 and keep our communities safe."