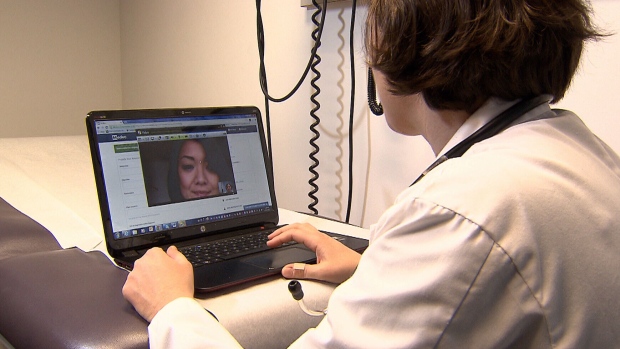 With Ontario implementing virtual medical visits, COVID-19 could spur the same in other provinces as doctors turn to technology in hopes of minimizing the outbreak’s spread. (CTV News)

Ontario’s top health officials are asking doctors in the province to increase the volume of patients they see in-person, after months of virtual appointments prompted by pandemic safety measures.

At the onset of the pandemic, physicians were encouraged to shift to a virtual approach. “However, the pressures that led to prioritizing the adoption of virtual care over in-person care (e.g., lack of PPE, severity of the pandemic) have now diminished,” the officials said.

The directive to move back to in-person care was stated in a letter sent to Ontario physicians on Wednesday, on joint behalf of the Chief Medical Officer of Health, Dr. Kieran Moore, along with the Ministry of Health and the College of Physicians and Surgeons of Ontario.

While the letter acknowledges that many physicians are working towards “striking the right balance” between virtual and in-person care, it states that the availability of virtual appointments “should no longer pose a barrier to in-person practice.”

“Collectively we are increasingly hearing about physicians’ offices that are not providing in-person care,” the letter states.

The group of top health officials said there are limits to what can be accomplished virtually. While they did not outline a list of appointments that should be done in-person, they said physical assessments are necessary in order to make a diagnosis or treatment decision.

“There are many patients for whom the standard of care cannot be met in a solely virtual care environment.”

Ontario health officials issued their statement to physicians on the same day the province logged its lowest case count since the beginning of August.

The province’s rolling seven-day average has been trending downward. On Thursday, the province logged its lowest positivity rate since August, now standing at 476, down from 565 a week ago.