OP-ED: We only have one shot at getting refugee situation right 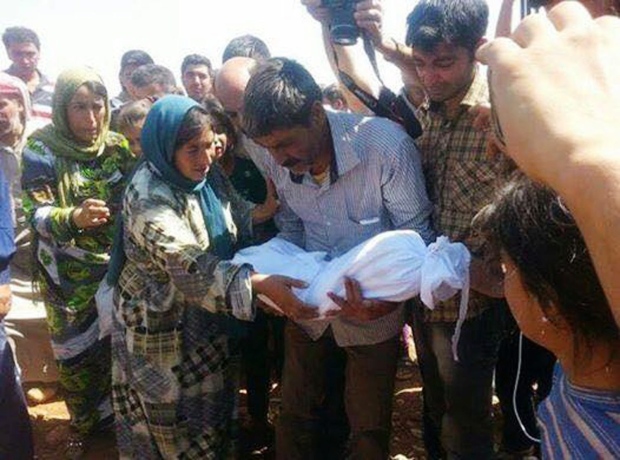 In the early fall, the body of an innocent 3 year old Syrian boy washed up on the beach of Turkey. Sadly, he died when the boat he and his family were fleeing Syrian in, capsized. They were ultimately attempting to seek asylum in Canada, through Europe, but most of them did not make it safely. The image of little Aylan Kurdi touched us all, and became a heartbreaking symbol of the plight of people escaping a war-torn country.

Given that this tragedy occurred during a federal election campaign, Canada’s intended contribution to this humanitarian cause quickly became a significant political issue from financial and social perspectives. Then Liberal Leader and now Prime Minister Justin Trudeau’s ambitious promise was that if elected government would sponsor 25,000 Syrian refugees, by year-end. Then PM Stephen Harper had first promised humanitarian aid and the more modest number of 10,000 refugees being accepted into Canada over a 4-year period, in addition to the 2,500 Syrians already brought here since 2013.

Fast forward if you will to Friday past. Paris, France was again rocked by terrorist attacks, with almost 200 killed and hundreds more injured. Reportedly, one of the deceased terrorists possessed a Syrian passport and these events clearly demonstrated the ability of ISIS (who quickly claimed responsibility) to perpetrate catastrophic attacks outside of the Middle East.

Security analysts around the world have been debating the legitimacy of some Syrian refugee claimants – anticipating some would use asylum as a ruse to gain access to western world countries for no other reason than to commit acts of violent extremism.

FBI Director James Comey has publicly stated on a number of occasions that it will be impossible to determine if there are terrorists among the 10,000 Syrian refugees that the U.S. has committed to accepting. Citing the lack of effective database information, he informed the House Committee on Homeland Security Homeland Security hearing that “the federal government cannot conduct thorough background checks on all those entering the United States”.

Additionally, during a U.S. intelligence community conference in Washington, D.C. this past September, Director of National Intelligence James Clapper openly voiced his concerns that “Islamic State militants might infiltrate crowds of Syrian refugees fleeing to the West” adding that “one of the obvious issues that we worry about…as we bring refugees into this country, is exactly what’s their background?”

Reportedly, there are in excess of 4-million Syrian refugee claimants seeking asylum outside of their homeland. How do countries willing to assimilate them possibly identify those having terrorist links among millions of legitimate claimants, given the obvious lack of personal records and inability to properly conduct background investigations? But despite these significant challenges and the game-changing events that befell Paris on November the 13th, PM Trudeau remains firm on his earlier promise to open the doors of this country to 25,000 Syrian people. When you do the math, that is more than twice what the U.S. is committing to process, and they are increasingly concerned about their ability to screen applicants. The U.S. of course has ten times the population that Canada has.

Partisan promises voiced in the heat of an election campaign -- made in part for no legitimate purpose but to one-up the government of the day -- should not later impact the decision-making of the sitting government regarding issues of national security. The PM’s responsibility should be able to make informed decisions based on current events, information and analysis, ultimately acting in the best interests of Canadians.

I’m sure the overwhelming majority of the Syrian refugees are wonderful people, seeking a better life in our prosperous and safe country that was built by immigrants. But let’s hold the presses and ensure that political rhetoric is cast aside, while a rigorous vetting regime is established and applied to the refugee claimant process in a careful and measured way, regardless of how long it will take us to meet realistic immigration goals.

We can’t allow the emotion of the horrendous image of a little Syrian boy’s lifeless body impact our resolve to keep Canadians safe and secure. Let’s not be hamstrung by ridiculous timelines that were established in the midst of political warfare, as our allies in France deal with the kind of warfare that is much more debilitating and completely unforgiving.

We may only have one shot at getting this right.