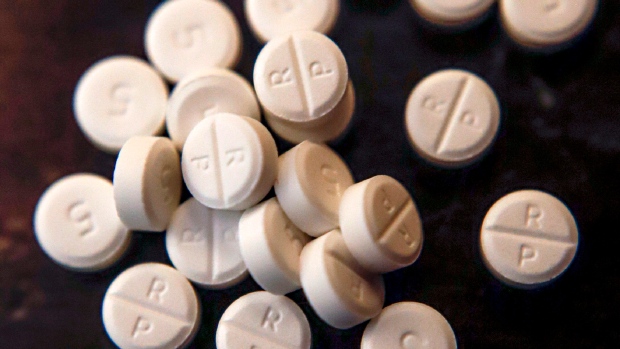 TORONTO - The scourge of overdose deaths underscores the need for Canada to decriminalize simple possession of hard drugs, the head of the national chiefs of police association said on Thursday.

In urging action, Bryan Larkin noted that overdose deaths are outpacing those from the COVID-19 pandemic and homicides in British Columbia and likely Ontario.

“Over the last six years, 18,000 Canadians have lost their lives to drug addiction,” Larkin said. “If 18,000 people lost their lives in traffic collisions, our country and our communities would not accept that. There would be outcry.”

Larkin, president of the Canadian Association of Chiefs of Police, made his comments at a virtual forum called “Policing 2021.” The issue of decriminalization - as was the case with cannabis - is “polarizing” both within society and within police ranks, he said.

Like many others, Larkin said he was raised to believe “drugs are bad and people who use drugs are criminals.” But criminalization, he said, has disproportionately affected the marginalized and people of colour, and there's now an awareness that addictions are a mental health issue.

“Nobody wakes up wanting actually to have an addiction,” said Larkin, chief of Waterloo Regional Police Service. “The opioid overdose crisis in Canada doesn't discriminate.”

Antje McNeely, who is Larkin's Ontario counterpart, said that changing the mindset of police officers when it comes to dealing with drug abusers was also important.

“We've been hard-wired,” said McNeely, police chief in Kingston, Ont. “It is a mind change for the front line and the rest of us as well.”

The national chiefs association raised eyebrows last year when it first began advocating for decriminalization of possession. Discussions on the topic were spurred by the legalization of cannabis and the mounting opioid death toll now exacerbated by the pandemic.

In response, the federal government has been looking at Canada's drug policy, with a view to reducing opioid-related deaths during the pandemic. Prosecutors were instructed last year to prosecute only the most serious drug-possession offences.

Larkin, who said he has been encouraged by Ottawa's response, noted the nexus between addictions and mental health, saying more than 10 people kill themselves each day in Canada. That is not something police can fix, he said.

Peter Sloly, chief of the Ottawa Police Service, agreed police need to become a “diminishing” element when it comes to dealing with people in mental health crises.

While police will always have some role in such responses, there needs to be a different model that takes in social services, education and the health-care sector, he said.

“We've been not just the last resort, but often the first resort on these types of incidents,” Sloly told the forum. “We've become a bit of a Swiss Army knife.”

Sloly cited a program in Eugene, Ore., where up to 90 per cent of mental health calls are handled without hard police intervention. Such changes take years to implement successfully and he warned against moving too quickly.

“There's a group of people out there who believe that police should have nothing to do with mental health services,” Sloley said. “I just don't think it is practical.”

The chiefs also acknowledged systemic racism in policing but said the issue was no longer being swept under the rug. At the same time, Sloly said simply addressing the issue within police services won't fix the wider problem.

“We're still going to have the conditions that produce crime and victimization, marginalization and discrimination,” he said.

This report by The Canadian Press was first published Jan. 28, 2021