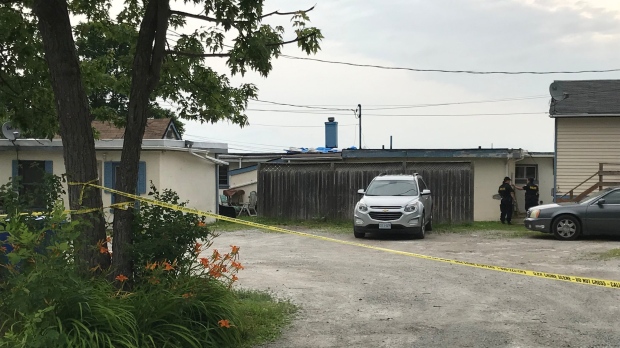 OPP officers are seen at a home in Orillia after a suspicious death on July 19, 2019. (CTV News Barrie)

ORILLIA, Ont. -- Provincial police in Orillia, Ont., say they are investigating the suspicious death of a local woman.

Police and paramedics received a report early Friday morning about an injured person outside a city residence.

A woman who was found at the scene was rushed to a local hospital where police say she was pronounced deceased.

The victim has since been identified as 45-year-old Tracey Reid.

Investigators said a post mortem would be conducted in Toronto to determine the cause of death.