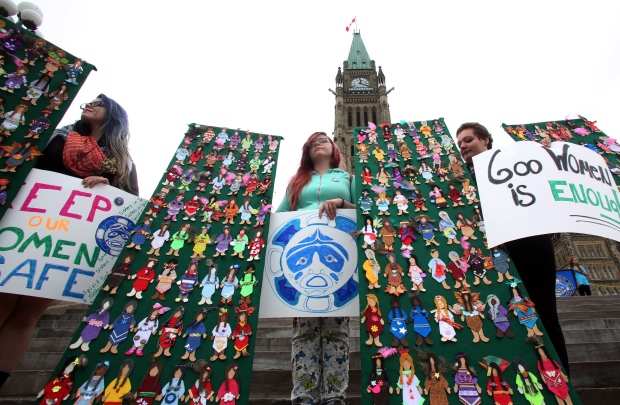 Women take part in a rally on Parliament Hill in Ottawa on Friday, Oct. 4, 2013 by the Native Women's Assoiciation of Canada honouring the lives of missing and murdered Aboriginal women and girls. (The Canadian Press/Fred Chartrand)

Ontario Provincial Police released a report today highlighting the number of unsolved cases they are dealing with that involve murdered and missing indigenous people.

OPP Commissioner Vince Hawkes said he hopes that releasing the report will generate new leads and renew interest in the cases.

“We recognize that there are many unanswered questions and that we cannot reverse the outcomes for the families and loved ones of those who have gone missing or were murdered,” he said in a news release accompanying the report Wednesday. “We hope information in the OPP report generates further discussion, potential leads, and/or resolution for the families and communities who have suffered loss.”

For example, police say they were able to solve all but one of 126 homicides that involved male victims between the years of 1978 and December 2014.

However, of the 54 homicides that involved females, eight remain unsolved.

The vast majority of the time, the violence perpetuated against the victims has come from family members, domestic partners or people who knew the victims.

“Based on our analysis there is no information that leads us to believe that any homicides in OPP jurisdiction involving indigenous victims are serial in nature,” Det. Supt. Dave Traux said at a news conference in Vaughan Wednesday morning.

As of Dec. 2014, indigenous men and women make up 14 per cent of the active missing person cases handled by the OPP. OPP say they have more missing indigenous men on their list than women. Eight women are currently on the list compared to 39 cases of missing men.

Ontario Regional Chief Isadore Day, with the Assembly of First Nations, said the report helps give Canadians perspective as they come to understand the implications of the Truth and Reconciliation Report and the country begins its national inquiry into missing and murdered indigenous women and girls.

"The release of this report is timely to the start of the Missing and Murdered Indigenous Women and Girls (MMIWG) National Inquiry and the release of the full report from the Truth and Reconciliation process,” he said. “Now it's time to get work done based on a new social lens in Canada. Reconciliation means that all Canadians, all organizations, all political stripes and authorities, roll up their sleeves and begin to change a Nation. The Ontario Provincial Police report on missing and murdered First Nation citizens gives us a good starting point.” 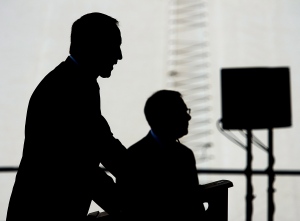