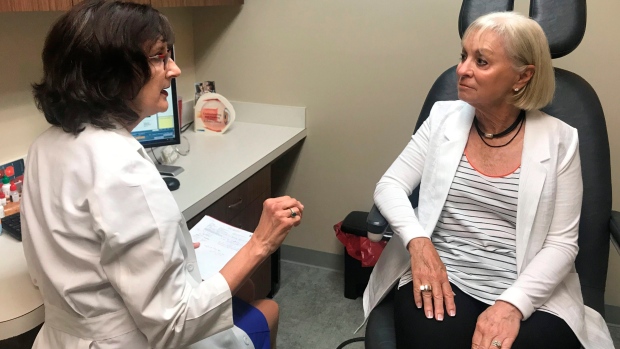 Optometrists in Ontario are threatening to stop conducting eye exams covered by provincial health insurance, saying the government needs to increase how much it pays for the services.

The Ontario Association of Optometrists says “years of underfunding” have left its members feeling they have no choice but to withdraw the services in September unless the province agrees to legally-binding negotiations on the issue.

“The government continues to repeatedly ignore our requests to come to the table and have some reasonable discussions around how we fund primary eye care services,” said Dr. Sheldon Salaba, the association's president.

“We are asking for them to give us the same types of rights that they afford other health-care providers.”

The Ontario Health Insurance Plan covers one annual major eye exam for residents aged 19 and younger, 65 and older, and those with specific medical conditions such as diabetes mellitus and glaucoma.

According to the association, the province paid optometrists $39.15 on average for an exam in 1989 and now pays $44.65 for the service. The group said that has optometrists absorbing 45 per cent of the cost of an OHIP-covered eye exam.

“It's costing me $98 in operating costs to provide an eye exam to OHIP patients,” said Salaba, who has a practice in Hamilton, noting that clinics shoulder costs associated with paying staff, rent, equipment and utilities.

The Ministry of Health said it has been in talks with the Ontario Association of Optometrists and “will continue to put the patient at the centre of the discussion.”

“Any decision to withdraw optometry services is the decision of the Optometrists Association of Ontario alone,” spokesman Bill Campbell said in a statement, adding that the government will continue to fund OHIP-covered optometry services.

Cindy Sternberg, who has to see an eye doctor every six months for her glaucoma, said she would resort to crowdfunding the costs of her exams if optometrists stopped providing them under OHIP.

The 51-year-old, who receives disability support payments, said even currently, only a portion of the exams she needs are covered by provincial health insurance and she already pays for the rest herself.

“The result overall will be people delaying or missing needed checkups, and presenting with extreme vision issues that may not be correctable after delays,” she said of optometrists potentially withdrawing services.

“It's foolish. They will create catastrophic disability.”