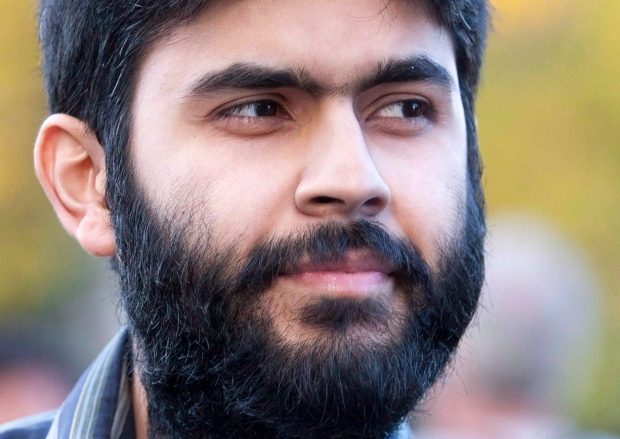 Misbahuddin Ahmed walks out of the Ottawa Courthouse on Tuesday, Sept. 28, 2010. (The Canadian Press/Pawel Dwulit)

OTTAWA, Ont. - An Ottawa man convicted of a terrorism charge as part of a homegrown conspiracy was handed a 12-year sentence on Thursday.

Misbahuddin Ahmed, 30, had been found guilty of conspiring to facilitate a terrorist activity and participating in the activities of a terrorist group.

The former hospital technician had been acquitted by a jury on a third more serious count -- possession of explosives with intent to do harm.

Ahmed had faced a maximum sentence of 14 years in prison on the conspiracy charge and 10 years on the participation charge.

He and two others were charged following a top-secret RCMP security operation dubbed "Project Samossa."

The Crown said the trio had agreed to raise money to support a violent jihad and to make and use explosives against targets in Canada.

During a seven-month operation, RCMP anti-terrorist officers collected thousands of intercepts through surveillance of the homes, cars, phones and computer communications of the three men.